Vancouver landlords have been hit hard during these uncertain and transient times. The pandemic has forced landlords across the lower mainland to cut back on building maintenance from 1 to 0 hours a week. Bigg Spenderton—a local landlord from Point Grey that owns several buildings in the East Vancouver area—told reporters on Monday that the rent freeze extension has been “truly devastating.”

One of Spenderton’s properties is a quaint, illegal basement suite with exposed pipes and inadequate ventilation just off of Clarke and Hastings that has been left vacant for the past month. At $1450 per month ($1650 for couples), or 50-80% of a potential tenant’s income, Spenderton remains optimistic he’ll find a desperate enough renter or a displaced punk band as soon as you can say CERB. “It’s well below the city’s definition of affordable housing at $1730,” Spenderton told the press. Fortunately, now that the eviction ban is over, he’s hopeful to once again resume evictions for “renovations” that amount to repainting the walls to hide mould stains and then adding $400 to the rent.

The Craigslist ad for Spenderton’s suite reminds potential renters that the contact form is for interested tenants only and not just lonely souls looking for friendship in charismatic landlords. The ad reads, “charming 200 sq ft basement studio includes hot plate, decorative fist marks in the drywall and a 3-foot tall crawl/flex space that is absolutely haunted. No pets.”

“It’s unfortunate, but it seems there’s no end in sight. It could be months until I’m able to show up unannounced to leave an out of order sign on the washing machine outside.” Thankfully, he’s still able to send mass emails to his other tenants in all caps reminding them that he still hasn’t fixed the heat.

Spenderton, 52, says he’s vigilant of tenants who try to take advantage of him. “Using the unit’s curtains will be an addition to rent. My tenants need to think, what’s more important: money or the luxury of “free” darkness?”  He says prospective renters looking for new doorknobs, drain plugs, insulation, or regular garbage disposal services should try AirBnb instead.

As the holiday season approaches, the population Spenderton reportedly can count on the most between September to January is students. These are exactly the kind of people who won’t complain when Spenderton keeps the entirety of the damage deposit for having five secret roommates and several small nail holes in the wall. At the end of the day, this basement suite is situated in a beautiful metropolitan city that offers views at an affordable price, like a family of raccoons watching tenants sleep through a 2-foot well window. “It’s like hanging out with the Kratt brothers!”

Spenderton added that despite the current public health crisis, he’s still working hard to ensure evictions continue on a timely basis without interruption. “With everything that’s happened, I’m only selling the plot to luxury condo developers next year for 20 million or so, I just can’t believe it.” 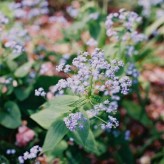