Branding and cultural trends that lend power to the PSL phenomenon

Starbucks’ Pumpkin Spice Latte (affectionately known as PSL) season arrived early this year, following a Facebook Live broadcast of a barn-dwelling pumpkin, which marked the beverage’s 14th annual launch. Naturally, commotion ensued as mixed reactions were hashed out between those who rejoiced the product’s return and those not fond of the sugary drink.

Nearly a decade and a half since its debut in 2003, the PSL is still the company’s most popular seasonal offering of all time and earns Starbucks an estimated $80 million (at least) in revenue each season. Devoted PSL fans enthusiastically speculate the date of its return each year, while food and marketing bloggers attempt to dissect the secrets behind the espresso beverage’s rise to success.

According to Starbucks, the PSL is made with “fall spices” including cinnamon, ginger, nutmeg and clove. Of course, it contains other ingredients that don’t roll off the tongue quite as smoothly, but naming the drink after the much-celebrated pumpkin was a strong selling point for the Seattle-founded coffee giant.

Despite the pumpkin’s history of being considered a food of desperate times during the Great Depression, a cultural shift took place in the late 19th and early 20th century. Although industrialization improved the quality of life for many people in the US, the move away from rural life towards urbanization brought about feelings of nostalgia for an “old-fashioned, rural way of life.”

Cindy Ott, professor of American Studies at St. Louis University who penned the book Pumpkin: The Curious History of an American Icon, found in her research that the pumpkin gained popularity in the US as it came to represent a romanticized, old-fashioned and picturesque farm lifestyle. In an interview with NPR, Ott described the pumpkin as it symbolized “the best sort of moral virtue” which consumers in the US had become attached to.

Pumpkin spice settled nicely into that idyllic image of the fall season, right next to sweater weather, baking pies, playing in foliage and haunted hayrides. According to Ott’s study, the renewed interest in pumpkins has even contributed to a revitalization of small farms and rural communities across the US. 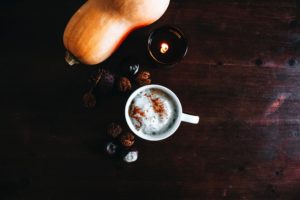 Despite the proliferation of brands in the market, Starbucks has held on to its monopoly in the pumpkin spice arena and positioned the PSL as definitive to the fall season. But the company didn’t exactly stumble across this gold mine by accident – it took a savvy marketing and product strategy, along with the uncontested cultural influence that Starbucks had already garnered to launch such a product.

With the PSL, there is no complicated manufacturing process because the product is being produced at the consumer level. Coffee was already being made and sold in the stores, so all Starbucks needed to do was add a new flavour of syrup. Beyond that, the infrastructure needed to get the PSL into people’s hands was already in place. Starbucks owns its stores and, for the most part, there was no need to coerce retailers to put their products on a shelf.

If one were to look at confectionery, however, there would be an entirely different story to be told.

When CapU marketing professor Andrea Eby was a brand manager at Cadbury Chocolate, Halloween products alone would bring in around $14 million in revenue, but that didn’t happen without intense strategic planning. According to Eby, volume projections and production for Halloween products typically begins a year in advance.

Even with a manufacturing plant located centrally in Toronto, the manufacturing process is complex. Ingredients are sourced from all over the world, line trials must be executed, and an incredible amount of volume must be produced in a short period of time.

“When it comes to Halloween products, there’s less of a focus on [consumers’] own consumption, so typically it’s a price game,” Eby said. For confectionery, seasonal products are not about brand loyalty, and companies aren’t going to spend the money to introduce new flavours or product lines because it’s simply not worth it.

On the other hand, for products that are likely to impact a customer’s personal brand, customers are willing to spend more. Starbucks plays into this by generating a great deal of buzz around the season, specifically targeting their most loyal demographic with contests and secret promotions that give PSL fans, “early access”.

Sarah Schmidt, a third-year CapU communication student, worked at Starbucks between 2015 and midway through 2017 (in her words, “three PSL seasons”).

Located on upper Lonsdale Avenue, the bustling coffee shop was surrounded by retail businesses, financial institutions and offices, while strategically wedged between two high schools and the Lions Gate Hospital. “We hit more than one demographic because of where we were on Lonsdale [but] surprisingly, men in their thirties were most likely to get a pumpkin spice latte where I was working,” she recalled.

Considering the company sells an estimated 175,000 cups each day, it comes as no surprise that Starbucks takes distribution seriously. At the beginning of each season, a shipment of pumpkin spice syrup, along with seasonal treats and merchandise arrives at each store. The staff are instructed to complete a “rollout,” transforming the store into a pumpkin spice haven.

“You’ll have a team of five or six people stay after hours and update the stores,” Schmidt explained. New window decals, signage, menus and seasonal merchandise are prepared for display while pastry cases are rearranged to make space for pumpkin inspired baked goods and sweets.

Since seasonal products are available for only a short period of time, Starbucks wants to sell through as high a volume as possible. As inventory runs low, stores will stockpile enough of the syrup to last them through to the next year, because they know it’s going to make a significant difference on their bottom line.

As somebody who enjoys the drink, she admitted feeling brainwashed by the company’s branding and marketing strategies. “I’ve never gone to another coffee shop and gotten anything pumpkin spice, even though I like the flavour of it,” she said.

It’s no coincidence that the PSL has cultivated such strong feelings on brand loyalty in consumers.

Eby also weighed in on the PSL’s rise to popularity, pointing out the brand’s strategic alignment with the fall season. 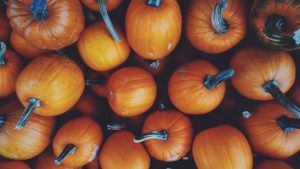 With Fall festivities already driving awareness, the season is perfect for marketing products. Considering the expenses a company would have to incur to raise awareness about their product, marketers know that associating their brands with established events will get them ahead of the game. “If you already have an event that’s getting celebrated, you’ve leveraged yourself in terms of exposure in the marketplace,” Eby said.

With years of experience as a brand manager, Eby has been responsible for brands across Canada and she knows the key to fostering brand loyalty is to understand consumers. On this front, Starbucks has truly hit the jackpot. The PSL mania took off in 2014, when the company launched a social media campaign to promote the beverage, using Twitter and Tumblr to host content that personified the PSL as a charming, witty character with a big personality.

“What they’re trying to do through these platforms is really establish a relationship,” Eby explained. Even though Starbucks already has a loyalty program, they recognized the potential in building a community around this one product, and leveraged it to garner a cult following. Bringing @TheRealPSL to life on social media with personalized replies and pop culture-inspired quips allowed them to engage with consumers in an authentic way that most brands only dream of doing.

Starbucks’ 2014 campaign lead to a 22 per cent year-over-year sales increase at product launch, and in their own words, “reinforced the PSL as a cultural symbol for the arrival of fall.” The ongoing cultivation of this loyalty has ensured that consumers don’t even consider trying a competitor’s product. These relationships, according to Eby, once formed, rarely change over time. “To get that brand loyal customer, a lot of times you have them for life.”

Even as pumpkin inspired products continue to saturate the market and speculators question whether the pumpkin spice obsession has already peaked, Starbucks has managed to hold its ground with consumers who continue to embrace the PSL as an essential part of their fall ritual. It’s safe to say the PSL isn’t going away anytime soon.