Hassan Phills talks dropping the ball and grabbing the mic

If you were to look up Hassan Phills online, you’d find that most of what’s written about him almost always has to do with his athletic career. A star athlete, he has played basketball his whole life. Originally from Ontario, born and raised in Scarborough, he played basketball growing up and would go on to not only play in university, but also coach and work with an organization called Bigger Than Basketball.

“I was really infatuated with the idea of moving out west,” he said. “I really enjoyed the idea of what Vancouver represented. I love basketball, but it was more about what it represented for me, the journey, the people.” Eventually, he made his way to Vancouver and found a spot on the Capilano University Blues men’s basketball team.

This semester, however, you won’t find Phills playing any games with the Blues. “I’ve really used basketball as a passport to get to something else. Even though it’s a big part of what I am it isn’t <i>who<i> I am,” he said, “There’s more to me than basketball.”

Although he can still be found on the Sportsplex court from time to time, Phills’ new focus is on a different audience, one that he wants to hear laughing. Luckily, he isn’t crowd or camera shy.

Before getting serious with comedy, Phills tried his hand at YouTube, uploading vlog-style videos that captured the life of a student basketball player, his friends, the adventures they go on and everything in between. His channel, phillinmyself07, has amassed over 2,100 subscribers since being created. Although this is not his main drive now, what was obvious about his YouTube videos was that Phills was a captivating storyteller.

“I’d been doing a lot of the things in my life with a half-assed mentality,” he explained. “Basketball, comedy, YouTube… those are all things I’m passionate about, but if you stretch yourself too thin you’re not really going to excel at anything. That’s how I started to feel with basketball, academics and stand-up comedy.”

Phills had flirted with the idea of becoming a comedian before, but chose at the time to focus on basketball. In his second year of university, a comic friend of his, Ola Dada, encouraged him to give stand-up a more serious try. Phills admired Dada’s hard work ethic, which ultimately would persuade him to focus on comedy. “This was an opportunity to work with someone who is going to open doors, who’s already opening doors for himself. When you’re with someone who’s opening doors like that, you want to get there too before it closes. He’s been a big inspiration and mentor for me,” said Phills. 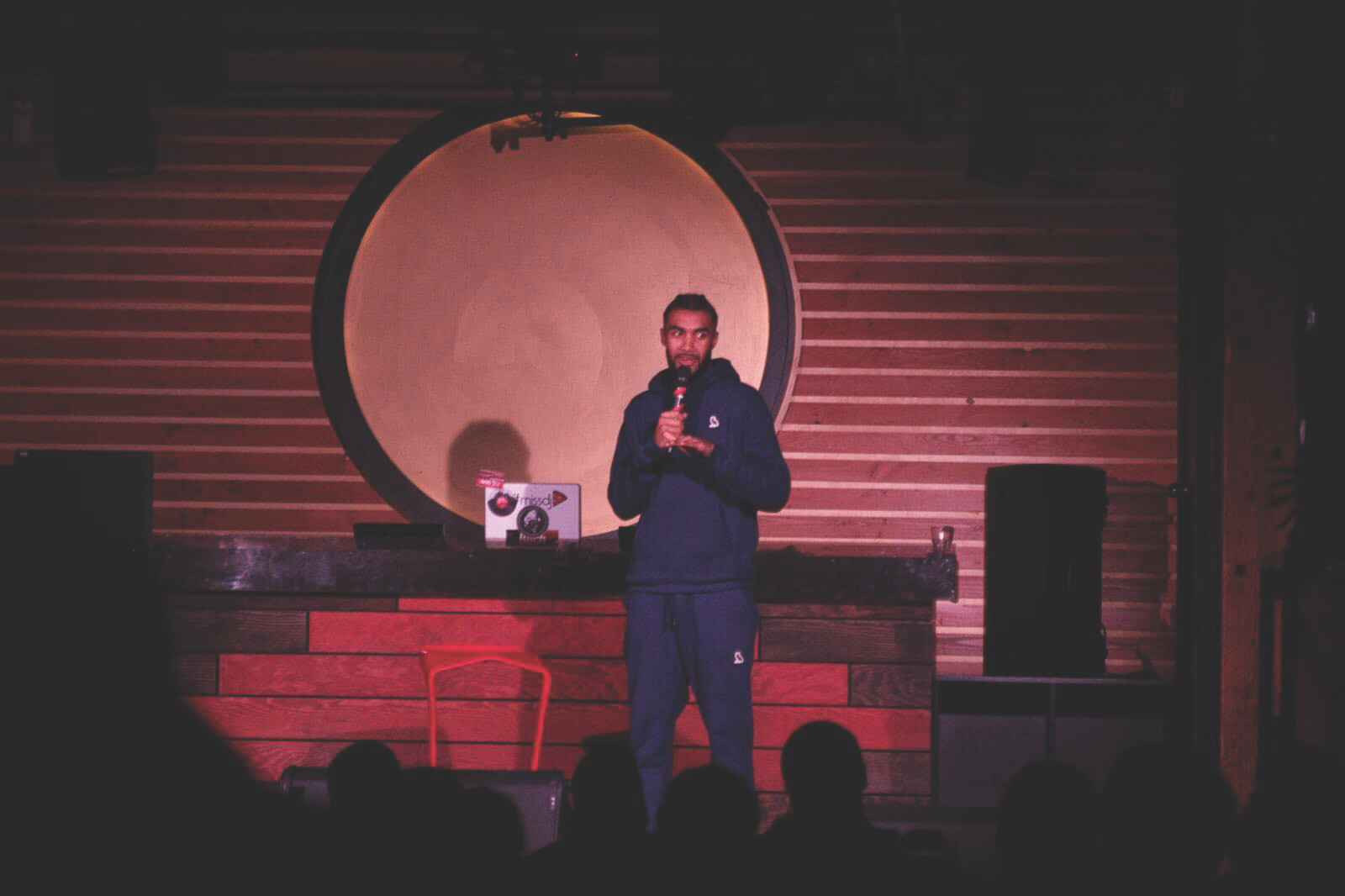 “First time on stage I was nervous,” explained Phills. “With basketball I was nervous before every game too, but it’s not because I’m scared but because I’m invested.” He recalled his first live performance going really well despite not having anything prepared (although he did run some quick notes by his mom beforehand). The next show, however, didn’t go as well. “That’s what bit me in the ass,” he said. “I thought I didn’t ever have to prepare. But you’re going to have those nights, you just have to get back on the horse. After that I didn’t go back to doing stand-up comedy for maybe a couple months.”

Once he did though, the ball started rolling. One night at a White Yardie show in Vancouver, Phills got lucky. “They needed a comic in Calgary, I heard the promoter talking about it. They needed someone for their next show the next day. So, I connected with the promoter and flew out there,” he said.

After a successful first night of opening for a headliner, Phills felt even more connected to the craft. “I wanted to be on stage, I wanted to grow, I wanted to learn,” he said. “I enjoyed watching [White Yardie] on stage and started taking notes.” Phills would continue on touring with White Yardie, working on his sets and improving his delivery.

Phills’ comedy, as he explained it, is situational and turns the everyday mundane into a hilarious story, covering all aspects of his life and using his Soundcloud rapper brother as a set feature. Apart from already touring, he has appeared locally at venues like the Comedy MIX, Yuk Yuk’s Comedy Club and the Comedy Basement at Goldies.

Phills approaches his comedy game with the same enthusiasm he’s known for on the court. He’s energetic, witty and charming, and shows no signs of slowing down. You won’t see him giving up the ball any time soon, but you will see him grabbing the mic a lot more often.

So, what’s in store for the future? “I can do this for the rest of my life,” he said.