The 50th anniversary event had music, drinks, food trucks and not enough people to fill the space

Unlike other Spring semesters at Capilano University, this year the first week of classes came with something to look forward to. CapRocks transformed the Sportsplex into a full venue with alcohol, two food trucks and live music from the likes of Delhi 2 Dublin, DiRTY RADiO and Moontricks. The space was transformed into a professional music venue complete with electronic backdrops, busy lighting and smoke effects. The event follows a plethora of others held at CapU throughout the year in celebration of the University’s 50th anniversary, rounding out an event-packed year. 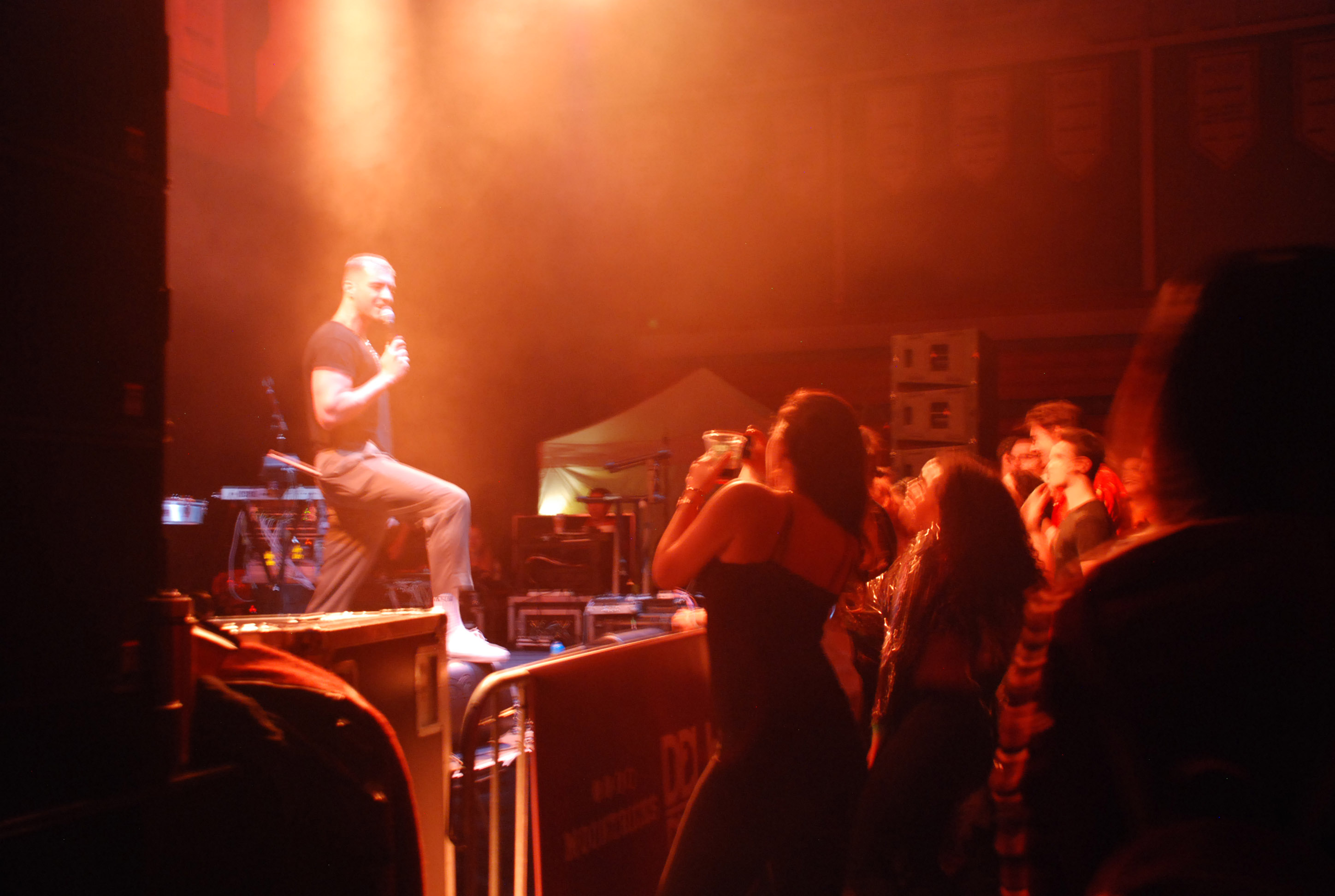 While planned by the Capilano Students’ Union (CSU), the $30,000 budget event was funded by sponsors, including presenting sponsors Neptune Terminals, rather than coming out of student fees as many on-campus events do. Vice-President Student Life Yats Palat was once again at the helm of planning this big-budget event despite being out of the country on the day it took place. Palat and the CSU’s planning of events like Captivate over the last two years was noticed by the University, and was what led to planning CapRocks. The event sold roughly 300 tickets, along with a few at-the-door ticket sales, though this did little to fill the huge venue.

Anna Rempel, vice-president equity and sustainability, who had signing authority on this project, admitted that holding the event on a Friday posed an issue for student involvement. “When the university approached us with this project they already had a date fully assigned and we did try to push a little bit because of course we do know that it’s tougher to get students in on a Friday…” she said. With more flexibility, those involved in the planning would have preferred to hold it on a Thursday. Despite this, they still did their best to advertise the event and get students to turn out.

Also unable to make an appearance on the evening, Rempel’s contribution to the event itself was making sure that the Let’s Get Consensual campaign was visible. Good Night Out, a community organisation that promotes safe partying, was also at the event. Both groups have had a presence at other CSU-planned events in the past. 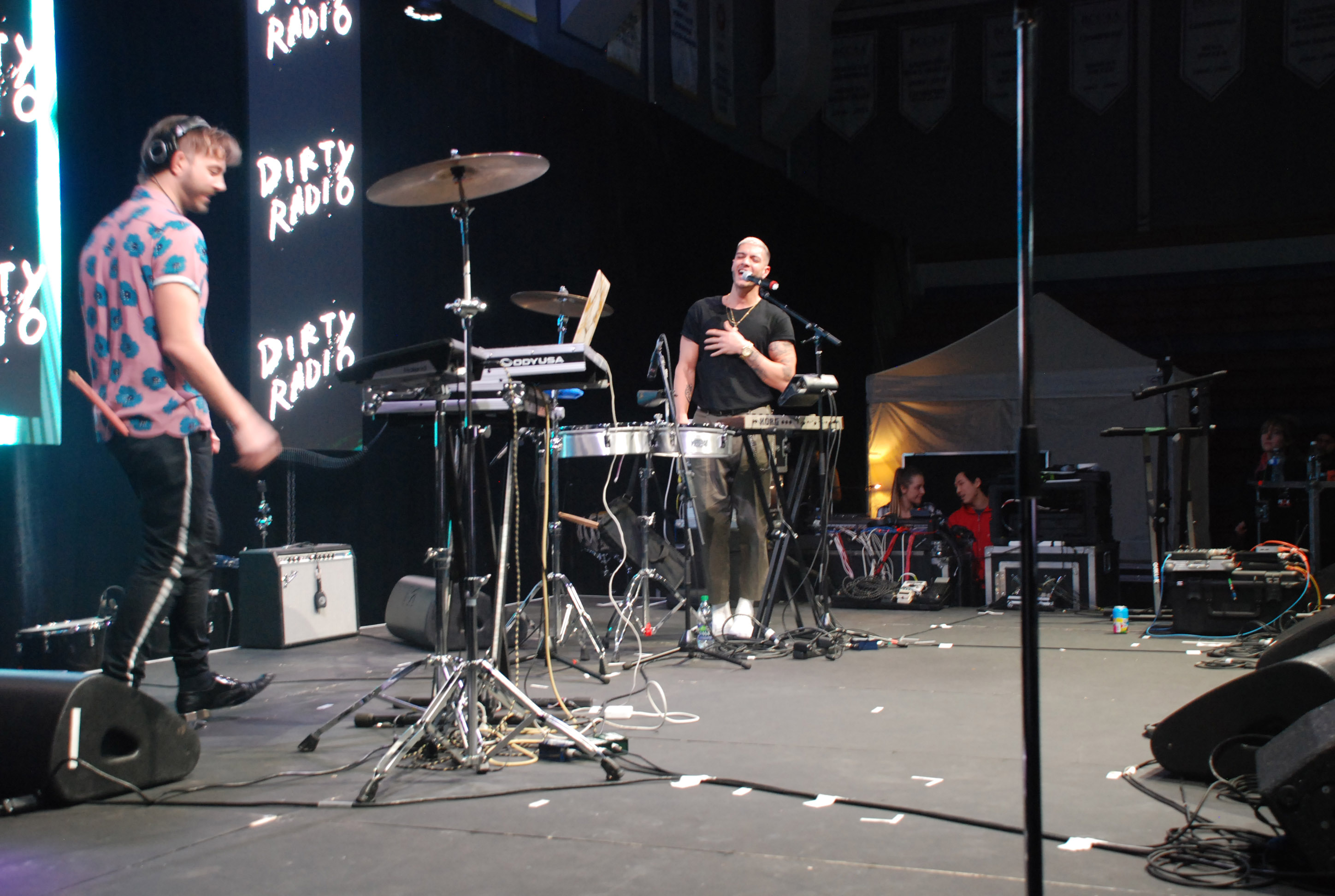 Entertainment for the evening was a large part of the planning process said the organizers. “We spent a lot of time considering what kind of vibe we wanted to… create,” said Rempel. “Debating whether or not we wanted DJs or if we wanted to get live bands. We decided to do live bands because we already brought DJs in for Captivate and we wanted to create a different kind of atmosphere.” This was a noticeable difference to those that attended the event, which felt much more like a concert than any of the other events held on campus.

The performing musicians brought in people from the wider community, with many of those coming specifically for Delhi 2 Dublin’s particular mix of sounds. “I think it’s really cool that we were able to bring in a band that has a really international kind of scope of their music. I never thought of putting Indian music with Irish music before, and Celtic stuff, but it somehow works,” said Rempel, who seems happy with how the featured bands were received.

Kate Jarman, director of student spaces, acted as staff lead on the CapRocks project. She was involved in the logistical side of planning the event, handling safety procedures and communication with the production company as well as the liquor inspector. If you did happen to attend CapRocks this year, you can thank Jarman for ensuring your ability to have a drink while you listened to some music, and in a safe environment at that.