In 2015, the Truth and Reconciliation Commission of Canada (TRC) made a plea for governments across the country to confront and acknowledge the haunting legacy of residential schools. The TRC’s final report recognized education as a key to establishing “mutually respectful relationships” between Indigenous and non-Indigenous people in Canada, and appealed for the allocation of adequate resources to address poverty and inequality faced by our Indigenous population.

Kory Wilson is the executive director of Indigenous Initiatives and Partnerships at the British Columbia Institute of Technology (BCIT), where she works to ensure the school is working to create positive connections with Indigenous people both on campus and out in the community. As a member of the Kwakwaka’wakw Nation, her community and non-profit work is often centred on supporting First Nations communities and students as they seek self-determination.

When the last residential school finally closed in 1996, Wilson was still in university. Before completing a Bachelor’s degree in Kinesiology and graduating from law school, Wilson attended Pearson College, a pre-university IB school on Vancouver Island with an enrolment of 200 students from more than 100 different countries around the world. The school’s philosophy of uniting people through education for peace has still stayed with Wilson to this day.

Wilson’s story is one of incredible success and achievement, but the unfortunate reality in Canada is that many First Nations youth still do not have equal access to post-secondary education as their non-Indigenous counterparts.

An Uphill Battle for Post-Secondary Education

Today, Indigenous people are the fastest growing and youngest demographic in Canada, yet the barriers they face are unlike those of any other population. There are still significant disparities in levels of education, income and health between Indigenous and non-Indigenous people in Canada.

Despite the widespread belief that all First Nations people receive free education in Canada, the reality is far more complex. Only status Indians are eligible for funding, and students must apply for funding through their nations. Band offices often have to turn away applications, giving priority to younger students who have recently graduated high school and those who live on the reserve.

“My community in the 60s decided it was very important to educate our people, so they dedicated a lot of money to post-secondary education. My first nation could do that because we had other resources, we had other revenue, versus other First Nations that don’t have any of those options. If you have to choose between feeding your people and housing your people, you’re going to choose that over education,” said Wilson.

Even with funding Wilson received from her community, she still had to take out student loans during her undergrad and eventually graduated from law school with a significant amount of debt. Despite tuition costs doubling in the past two decades, the amount of funding nations receive has not changed. 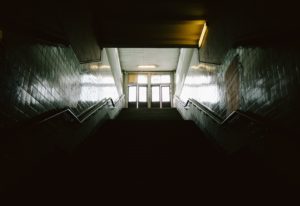 Geronimo Alec is the current First Nations Students Liaison at the Capilano Students’ Union (CSU) and a fourth year Tourism Management student at CapU. As a member of the Wet’suwet’en nation, Alec lived on a reserve just west of Burns Lake in the interior of BC until he was 18. When he moved to Vancouver, it became clear right away how expensive it would be to live and go to school in the city.

“The funding the federal government gives to Indian Affairs to distribute among the various hundreds of First Nation groups… there’s just not enough to go around,” said Alec, who is one of the eight students who are currently being funded by his nation, despite 30 students having applied.

Students who do receive funding must reapply every year and must be enrolled in full time courses with a minimum GPA requirement of 2.0. If a student’s funding is cut because they can’t meet those requirements, they have to wait at least one year before they can reapply.

“A lot of people don’t even have funding but they’re in still in school regardless. They’re working two jobs and taking four classes, so it’s really hard. Even though I’m a funded student, I still work two jobs,” Alec said.

Students who have to transition from rural to urban setting also face the challenges of having to give up the culture they’ve been surrounded by their entire lives and immerse themselves in a new environment without adequate learning support.

Having unique GPA requirement is just one of many ways schools can offer Indigenous students an equal chance to access post-secondary education.

“A lot of students either fail or have low grades coming out of high school. For those who do suffer GPA-wise, it’s community and family support that can encourage them to do better in school,” says Alec.

Many Indigenous students face the pressure of being the first in their family to attend post-secondary, and it means a lot to students to have mentors and role models who have gone through the same struggles they are going through. 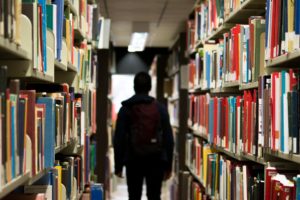 “Our biggest source of support was our parents. We were raised with expectations that we were going to graduate from high school and qualify to go to university. There was a huge emphasis on education right from the beginning,” said Wilson. “Both of my parents have several university degrees so that also made a big difference. They knew exactly what I needed to do to get into university, so that in itself is a privilege.”

Wilson maintained that while an Indigenous student may be admitted with a lower GPA, they will still face the same exams, challenges and standards as every other student in order to graduate with a degree.

To address the systemic barriers faced by Indigenous students, most major universities in the Lower Mainland, including Simon Fraser University and the University of British Columbia, have developed programs to assist Indigenous students in accessing and preparing for post-secondary education.

The enduring myths about First Nations students receiving free education are all too familiar to Alec, but he hopes Indigenous students will be proud of their achievements and continue to pursue their dreams.

Today, the Kéxwusm-áyakn Student Centre at Capilano University stands proudly and visibly as a place to celebrate Aboriginal learning and knowledge. Named in the Squamish Language as “a place to meet”, it aims to provide students with hope and the opportunity to connect with First Nations culture, traditions and values. It’s a space for connect and learn from resident elders, and even take part in weaving workshops and smudge ceremonies.

Our Youth are Our Future

Alec is still looking forward to one more year at CapU, but he plans to move back home after graduation to make a difference in his community. Looking towards the Squamish, Tsleil-Watuth and Musqueam nations for inspiration, Alec believes his own nation can also thrive and support youth in reaching their potential.

“There are a lot of opportunities for eco-tourism business where I’m from, so we could potentially get more revenue and bring it back to the community and fund a lot more students to come out and get their education,” Alec said.

We could have a future in this country where Indigenous people are included and embraced culturally, academically, socially, economically and politically in every aspect of society. We could choose to dedicate our resources towards ensuring that under-represented learners succeed. We could choose to replace the stereotypes and falsehoods with understanding and support for our Indigenous population to thrive.

This future is possible, but we’re not there yet.

We still have a lot of learning to do, and whether it’s in our classrooms, our communities or our homes, it’s up to all of us to seek out and embrace the culture, history and truth of our Indigenous people.