Inside the World of Vancouver’s Preteen Sneakerheads

“This shit is so fucked up,” Dave mutters, clutching his phone to his chest and shaking his head. He’s wearing a bird-watching vest, a KC ball cap that covers his greying hair, and comfy New Balance shoes. I rummage in my bag for lip balm and when I look up, Dave hasn’t moved a bit. We stand in quiet company, surveying the sea of adolescence.

It’s 1:00pm on a sunny Saturday, and I’m inside the Vancouver Convention Centre. The air smells of new shoes, Orange Crush and youth. There are people everywhere and the Hype. Is. Real. Above the commotion and beneath the fluorescent lighting I can make out Migos’ “Walk It Talk It” pumping from a DJ booth in the corner. There are hundreds of mostly preteen boys sitting on the floor with their Nike Dunk Lows and Yeezys spread out in front of them. Out on the periphery of the ballroom and against the walls are the parents, some half-leaning-half-squatting, some scrolling through their phones, others just staring off. There’s not a bench in sight. This is Sneaker Con 2020.

Sneaker Con, an event that bills itself as “The Greatest Sneaker Show on Earth,” was founded in 2009 in New York. Since then, it’s exploded into the international sneakersphere, drawing thousands of sneaker connoisseurs to its events. Sneaker Con is where sneakerheads come together to buy, sell, and trade their sneakers and meet-and-greet with the biggest influencers, vloggers and collectors in the sneaker world. This is Vancouver’s second Sneaker Con and with over 5000 attendees each paying an admission fee of $28.55, the event has tapped into a lucrative market.

The line to enter the exhibition hall took almost thirty minutes and it’s here that I meet Luca. He tells me he doesn’t really do these kinds of events anymore because “it’s just gotten so crazy.”  Luca is 14. He’s here with his friends to browse, see what’s out there and maybe do some trading. Having done my research, I go out on a limb and ask Luca if he’s after any grails. I hold my breath then feel the sweet wash of high-school acceptance when he answers, “Totally gonna scope some grails, probably the new Travis’ that just dropped.”

Grails are to sneakerheads what a first edition Harry Potter and the Philosopher’s Stone would be to a book collector. A pair of sneakers that you’re willing to spend well above retail price for, grails signify the limited nature of the sneaker. Luca explains that most of the sneakers here are way too expensive for him to buy or even trade for, but he’s always on the lookout. I get the sense that part of what makes grails so special is the search for them, the questing. I ask if I can follow him around for a bit. He agrees and once we’re in, he beelines for the trading pit. This is the heart of Sneaker Con, where swarms of teenage boys make quick deals and trades with just a couple of gestures and mumbles:

“I’ll give you three bills for those.”

“You trading or selling?”

“Bro, that guy just offered me double that, there’s no way, bro.”

I follow Luca into the heart of the pit and he pulls out a red Supreme hoodie. Before it’s even out of the bag, four boys are on us, walking alongside Luca. “I’ll give you five bills for that,” one of them says. Luca shakes his head, “No man, I got this for eight.” That’s eight hundred. Luca passes up three more offers, eventually selling his hoodie for $600 to 12-year-old Zach who is manning a “booth”—a space on the floor the size of a world map outlined by masking tape. Luca heads off to find his grails.  I take my leave of him with a fist bump I’m three seconds behind on, and head for the Legit Certification station.

On my way there, I walk by a live auction with a hot bidding war going on for a pair of Off-White 5s men’s size 8. They sell for $900 to a boy, no older than 13, I just saw trading in the pit. When I get there, I find a long queue of sneaker lovers waiting to get their merchandise verified. This is an important step—as Luca told me: “[You] gotta get your shit legit-checked,” because even if the box is real, the shoes could be fake. At a table, two middle-aged men sit in sweatsuits and fancy sneaks, dispassionately poking, prodding, flashlighting and yes, sniffing shoes before giving them the verified tag or breaking the news about the fakes.

This is where I meet Dave again. Remember him? Now he’s waiting for his 15-year-old grandson Tyler to get his shoes verified. Tyler beat leukemia and because of this, Dave says he’s willing to indulge his grandson in whatever he wants. He doesn’t get it, but he’s happy to make Tyler happy. Dave tells me when he was a kid, if he had a pocket full of cash he would’ve been going for some hockey cards.

Times have changed. No longer are adolescent boys saving up their allowance to buy $1 packs of hockey cards. These days there’s bigger money exchanging hands: on the top end you can cop deadstock Nike Air Mags for 40K.  I asked Sneaker Con co-founder Alan Vinogradov how it all got started.

“This has been going on since Michael Jordan put on the Jordan 1…the pivotal shoe of this community, of this culture,” Vinogradov told me. “1985 was the… [year] he laced up the Jordan 1—this is the shoe that is really the most memorable piece of iconic sneaker history.”

Tyler’s shoes get verified, Dave forks over $1000 cash and Tyler takes a series of selfies with the youthful merchant, a souvenir of his new purchase. I congratulate them both and head for the hot dog stand. Standing there, eating my hot dog and feeling a little less like an outsider, I wonder if Luca managed to cop his grails. 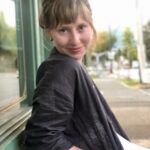