Exit 22 will revive Macbeth this November

Exit 22 will open the 2019-2020 Capilano University theatre series on November 14 with Macbeth at the BlueShore Theater. Director Nicholas Harrison’s production enhances the traditional story of Macbeth by incorporating mystical aspects.

“For the team, it was time to revive Shakespeare’s classical world onto the stage with a magical touch,” said Stage Manager William Sandwith, who also revealed this production will see characters using wands instead of swords.

Mac Christion, a high school athlete who “fell in love with the idea of risk and drama under the spotlight” and turned to theater, plays the lead role of Macbeth. During my interview with him, his confident demeanor mirrored that of a confident Macbeth.

Camryn Smith’s rendition of Lady Macbeth features twists to the traditional character that will shock audiences. “I really love how Nick, our director, has framed how Lady Macbeth is in this production specifically because, traditionally, Lady Macbeth kind of loses all her power by the end of the play,” Smith said. “Here, we’ve done something where she has more power. She’s a bit more powerful than she traditionally is in productions.”

A shortage of actors and small working space proved challenging for the production. The limited number of actors meant that many were forced to play multiple background roles— actors who recently died on stage need to reappear on stage as different characters.

Exit 22’s Macbeth will incorporate an expanded supernatural world while holding true to the play’s original themes of intrigue and ambition.  If you’re a fantasy-lover—or weren’t satisfied with the last season of Game of Thrones—this production may just be for you. 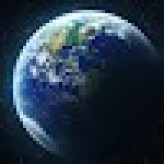