As traffic on the North Shore increases, more bicycle infrastructure is necessary to meet the demand from cycling hopefuls

Steep hills, dirt trail detours, bits of glass and busy intersections always make my 15-kilometre cycling commute to CapU a little spicy. I learned a long time ago that leaving the house without a patch kit was a surefire way to end up carrying my bike while I ran over the Ironworkers Bridge to Phibbs Exchange, sweaty, frantic and late for class. In order to avoid the insecurities I often feel when riding beside cars, I tend to go out of my way to find alternative routes that follow established bike paths, but connecting them can be a challenge. I love biking – I fell in love with Vancouver through biking – but too often I allow mild inconveniences to influence my decision of whether or not to ride. Maybe it’s raining, or maybe the route is unconnected in places. Maybe I don’t want to carry my heavy Abus U-lock. Whatever it is, there have been too many times I’ve been halfway out the door, only to say “hell naw.” Despite being a little lazy, and a sucker for convenience, there has rarely been a time that I’ve regretted choosing self-propelled wheels over a car.

In the grand scheme of things, Vancouver is quite accessible by bike, but according to Tony Valente, North Vancouver City Councillor-Elect, and former chair of North Vancouver’s HUB Cycling, there’s still room for improvement. Despite forward steps, the bike route master plan remains incomplete. “The different types of infrastructure that we have now means that you’re working with an incomplete grid, so it’s kind of challenging to get around,” said Valente. “The signage is getting better, but is a little bit spotty as well.”

#UnGapTheMap is an initiative developed by HUB Cycling to address over 300 priority gaps in Metro Vancouver’s bike network. A charitable non-profit, HUB Cycling is a member-based organization that aims to remove the barriers cyclists face. The organization works to create safer cycling infrastructure, and to improve the “quality of our communities, our health, the environment, and local economies.” Through consultation with local governments, HUB brings forward issues raised by the community, and works to find solutions.

“The classic thing is that people say bike lanes are a vanity project, but we don’t determine where we’re going to build a bridge based on the number of people trying to swim across the water,” said Valente. “People will show up and bike when they feel that it’s safe, and [HUB is] working on making it safe, but until it really is – and you can get to where you’re going – people won’t bike. And right now it’s easiest and safest in the car.”

For cyclists comfortable riding beside traffic, there are many options available, but Kaitlynn Rogers, manager of English Bay Bike Rentals, believes that it can be hard for new riders. “When I started cycling I felt very timid riding on the road,” she said. Rylan Tailfeathers, English Bay Bike Rentals senior mechanic, agreed with Rogers. For confident riders, he finds the system is mostly reliable, but addresses that it can be challenging for those just getting into it. “The connection points where bike lanes either end, or have detours, are awkward,” he said. “It could definitely be improved to allow more casual riders to feel more comfortable and safe.”

As proficient cyclists, the two feel relatively comfortable riding in traffic, but near misses appear to be part of the game. “Thankfully I’ve never had any collisions with vehicles but I have had countless close calls,” said Rogers. “Usually it will be from vehicles trying to squeeze past me without allowing oncoming traffic to clear, using bike lanes to cut traffic or turning across bike lanes without shoulder checking.” For her, the current bike lane designs fall short when they merge into traffic, or have poorly placed turn lanes on the left shoulder instead of the right.

That being said, working in the rental business Rogers and Tailfeathers often hear outsiders’ impressions on the city. “I have only ever heard praise for the level of cycling infrastructure from other Canadians, and American tourists,” said Rogers. “Many are shocked at how accessible the city is to cyclists.” But in terms of safety, it seems to be a matter of consistency in infrastructure. As creatures of habit, most of us can get used to just about anything if exposed long enough. If the goal is to get more people on their bikes, the city needs to consistently address both safety and convenience, looking beyond the major arteries.

Dr. Kay Teschke from the School of Population and Public Health at UBC initiated Cycling in Cities back in 2004 to investigate route infrastructure. Though retired, Dr. Teschke is still heavily involved in policy and safety committees for cycling, and has instigated numerous studies looking specifically at route infrastructure, cyclist preferences, barriers and safety.

One telling study conducted in Vancouver in 2010 examined “16 route types and found a marked discrepancy in the types of bicycle routes that are currently available, and what is preferred.” While preferences varied between experienced cyclists and those newer to it, the findings showed that providing preferred infrastructure had the potential to change travel patterns in a significant portion of cyclists who currently only cycle occasionally, which would have both health and environmental impacts. Similarly, a study on bike infrastructure led by Professor Seyed Zahabia at McGill University in 2016 predicted that increasing a city’s network by 10 per cent could reduce car commutes and emissions by about three per cent.

In 2016, Dr. Teschke led another study which showed the impact of proximity to bike lanes, the time of commute, and also found that uphill routes generally saw less traffic. While this is not entirely surprising, it does show that convenience plays a large role in whether or not people choose to bike, especially when it hasn’t become part of their daily routine.

As it is, Vancouver is currently in a form of bike-lane limbo – there are sections of infrastructure that have been manicured to the point of near perfection, while other areas are a veritable wilderness of traffic-filled death. Since consistency and convenience are major deciding factors for many cyclists, the well-established routes continue to get busier, while the less established routes see much less love.

“As our cycling community grows I feel more space will eventually be needed,” said Rogers. This summer (special thanks to the warm weather and improved bike infrastructure), the City of Vancouver saw a record number of cyclists on the five major bike routes, including Burrard and Cornwall, Science World, Adanac Bikeway, Lions Gate Bridge and Point Grey Road, proving that if the infrastructure is in place, it will be used. 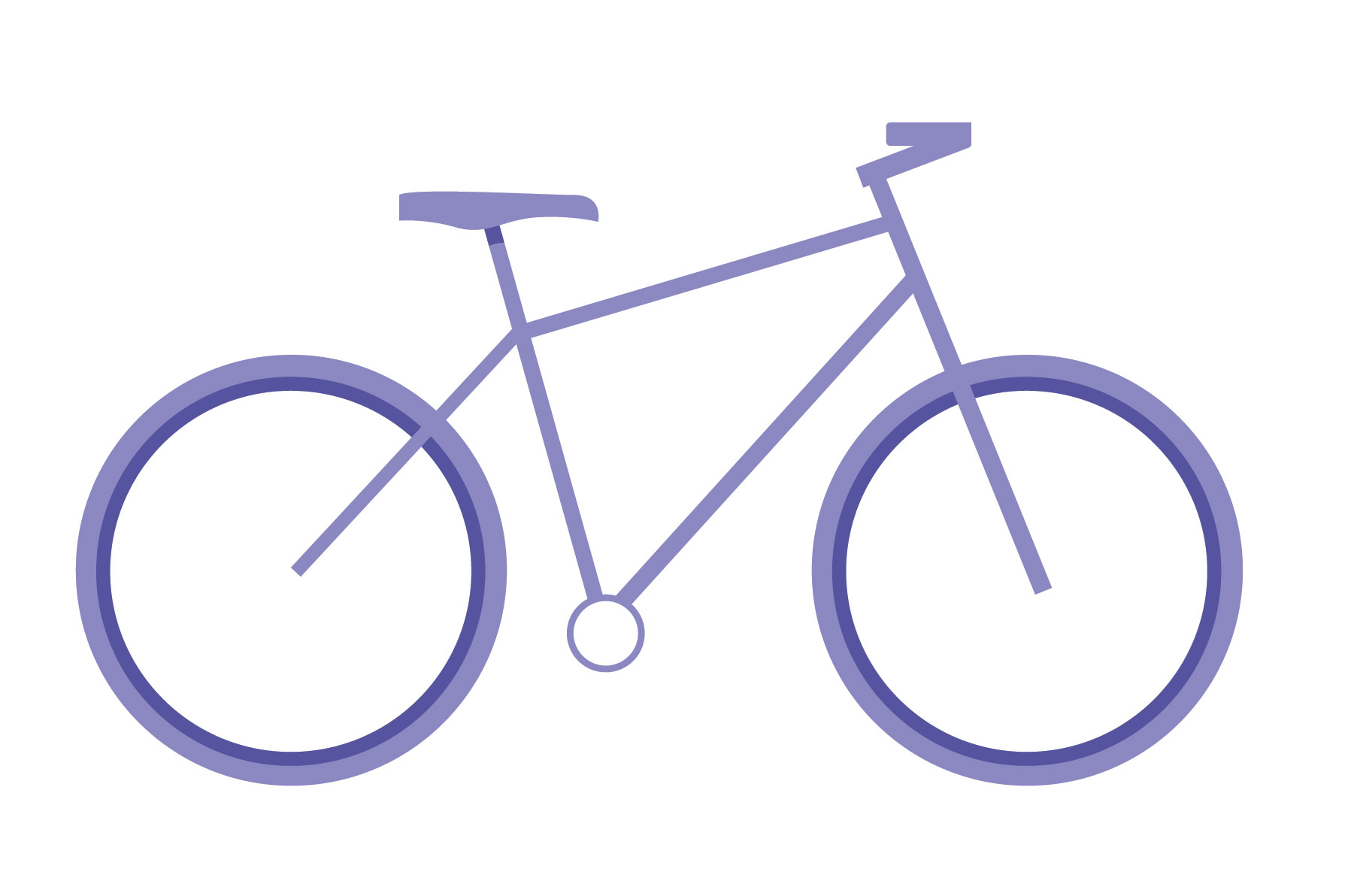 While it’s encouraging to see more people on their bikes, as the cycling community grows, the lane infrastructure isn’t the only issue. “I think that one of the biggest issues I face while riding on the road is lack of consistency from cyclists and drivers,” said Tailfeathers. “You have these cyclists who think they are above all of the traffic laws by running red lights and swerving through traffic, and then you have cyclists who are stopping at the lights or waiting for pedestrians.” Tailfeathers also noted that the inconsistency often makes it difficult for drivers. “This goes both ways though,” he said. “Some drivers will be operating in a consistent and predictable manner while others are running red lights as well.”

Many of those who argue against bike lanes point to the staggering cost, or oppose projects based on the sense of entitlement many cyclists have on the road. Tailfeathers, though a rider himself, agrees that there are certain rules of etiquette that get ignored by cyclists which often breeds resentment between cyclists and drivers. He wishes that there was a way to implement a general re-education of traffic laws, but doesn’t see this happening anytime soon.

While mass-scale re-education may not be entirely feasible, HUB Cycle’s annual Bike to Work Week, which ran from Oct. 29 to Nov. 4, is one way the organization facilitates raising cycling awareness in Vancouver. Utilizing fun, classic bribery tactics throughout the week – prizes, snacks, drinks and bike maintenance – they hope to get more people involved with HUB, and provide a little bit of knowledge along the way. This is one step towards growing (and improving) the cycling community, but it is only a piece of the equation.

As the community pushes for more infrastructure, pushback continues, and the price of construction is questioned. One could argue that Vancouver’s infrastructure is “good enough” and that there is no point building more, but Valente sees it differently. “I don’t want to say the sky’s the limit because it’s not, but I think the question approaches what the value of human life is,” he said. “It’s amazing how much we spend on bridges and tunnels for cars, and yet somehow when it comes to spending money on bikes, and addressing what is really a public safety issue, somehow people think it’s not worth it, and we’ve had a lot of fatalities on the North Shore. We just had one in August, and I know a lot of people who were personally affected by that.” Compared to the rest of the country, Vancouver is doing pretty well, but “good” is not “great.” When lives are on the line, there’s always room for improvement. And as the traffic on the North Shore increases, safe solutions for alternative forms of transport will benefit everyone. Build it, and they will come.

Interested in having a say? Check out Hub Cycling, and become a member: https://bikehub.ca/about-us/hub-cycling