As mainstream brands continue to adopt girl power platforms the pressure to adapt is on – but is female empowerment on the runway fashion’s most pressing issue?

Thom Browne’s ready-to-wear spring 2019 show at Paris Fashion Week sparked outrage in light of the #metoo era. Models walked in five inch heels, adorned in elaborate, meticulously embroidered garments and Hannibal Lecter-like masks, many of the items binding their arms to their bodies, rendering them powerless in the event of a fall. Only in the world of fashion could a ritual as bizarre as the runway show be normalized and esteemed. An Instagram post by fashion critique account @diet_prada led the disapproval, writing:

“Maybe there was something in the @thombrowneny show notes we didn’t see, but we’re finding it hard to grasp the need to show women literally bound and gagged on the runway at this particular moment in time. In an era where women’s accusations are consistently doubted and dissected at every step, this showing reads as tone deaf. If this was somehow a response to end the silencing of women, it missed the mark.” 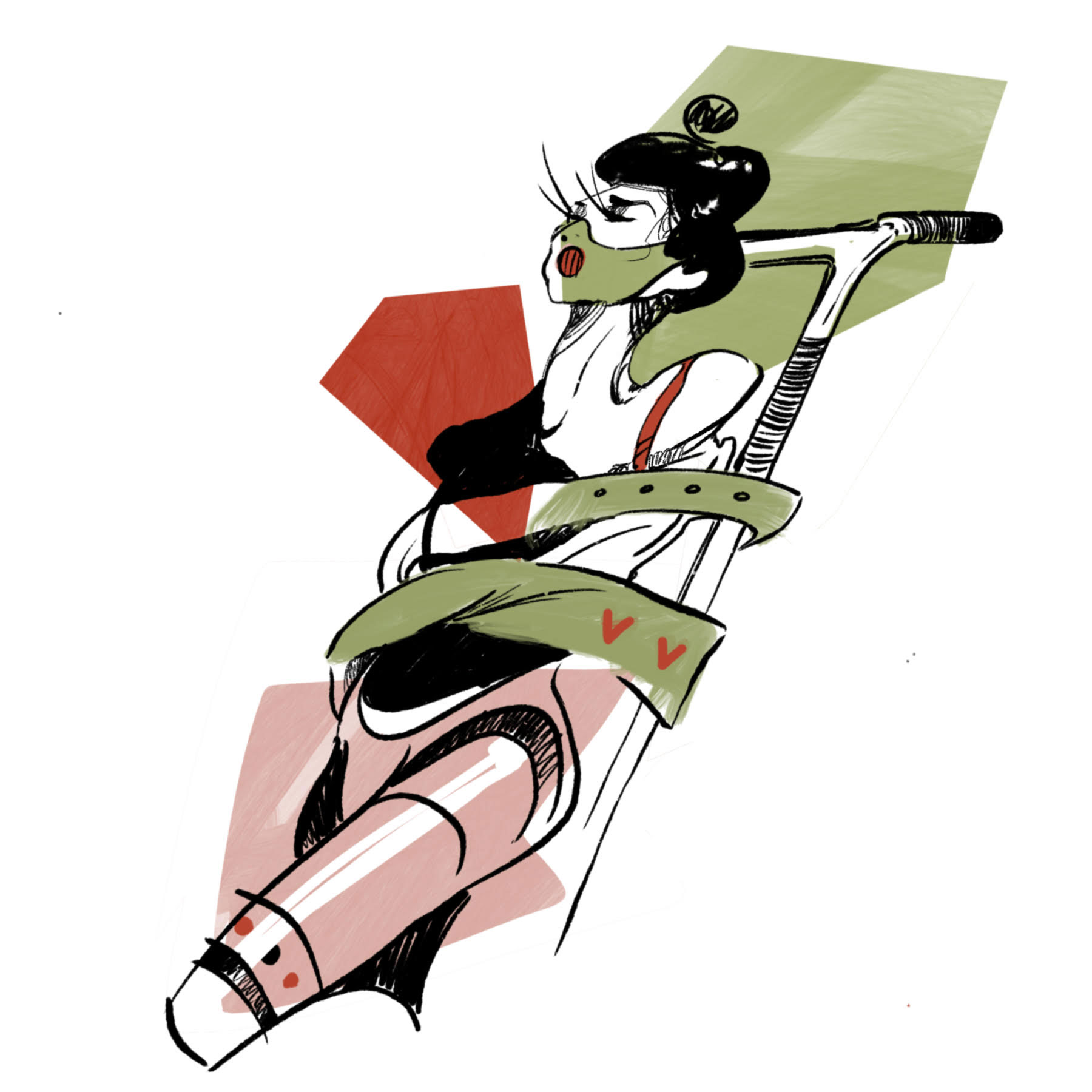 It’s easy to disapprove of something challenging, especially when this disapproval aligns with popular discourse. The line between fashion-as-art and fashion-as-industry is, undoubtedly, blurred. However, despite the fashion industry’s never-ending violations of ethics, fashion-as-art should be no more subject to literal readings than any other medium.

Browne’s show is unsettling, and rightfully so. It has been devastating, as women, to watch the Kavanaugh hearings, and have our worst gut-wrenching suspicion confirmed by the institutional power of the US Senate – the age of silencing women is not over just yet. It’s understandable and completely valid to argue that the Thom Browne show reads as tone deaf – Browne himself being a white, male American designer, and the collection being shown during the Kavanaugh hearings. Even so, the Thom Browne show seems, in its grotesque aestheticism, somewhat metaphorical of the silencing of women. Considering how the fashion industry has been, in recent years, consistently exploiting feminism for profit, the Thom Browne show feels at least more honest than the perverse notion of social justice capitalism currently dominating fashion.

I can see the temptation in wanting to see women as always empowered, but sugar-coated representations of inclusivity and faux-feminism don’t serve anyone but the companies profiting off of them. The Thom Browne show was an unsettling, exquisite spectacle of artistry, and it deserves more than a literal reading. Anyway, it’s a bit ridiculous to demand ethical integrity from the fashion industry – its very existence depends on normalizing the imposition of cycling cultural standards of (often Eurocentric) beauty and coolness.

The real letdown of Paris Fashion Week this year was not the Thom Browne show, but the Celine show, who’s newly appointed creative director Hedi Slimane had everyone at a loss for words (an understatement) when he debuted his first collection for the fashion house. Gone was the women-centred, natural elegance of Celine under Phoebe Philo, and in its place a tacky derivation of Slimane’s time at Saint Laurent. “A brand that was once thoroughly identified with a peerless instinct for what women want in fashion all of a sudden looked like a gust of toxic masculinity,” wrote Tim Blanks in Business of Fashion.

Browne may not be giving us any kind of tangible notion of female empowerment, and honestly, that’s okay. It’s not anti-feminist. Art is not always readily comprehendible or literal. We’ve lost Celine – or at least the Celine we knew and came to love. If you’re sick of faux-feminism and tokenism on the runway and crave a genuine effort towards ethnic diversity, inclusivity and gender fluidity, cult brands like Eckhaus Latta and Telfar have been, for a while now, paving the way. It’s important to remember, though, the nature of the beast. The fashion industry is notorious for its indifference to ethics, from its severe environmental impact to human rights violations in manufacturing. As consumers, we are not only indifferent, but complicit. It is, sadly, very absurd to demand an aesthetic display of female empowerment from an industry that literally thrives off exploitation.