The spectacle will feature gravity-defying feats, a silent auction as well as a DJ and plenty of beer

On Jan. 27-28, up to 150 climbers will gather at the North Shore Hive for the BC Bouldering Championships. For the athletes in attendance, the Saturday event will be a chance to compete against some of the best youth and adult climbers from around the province. On Sunday, a citizen’s competition will also give less experienced climbers a low-pressure opportunity to participate and test their mettle.

For spectators, the doors will open at 2:30 p.m. on Saturday for the event’s finals, where only the top six to eight people from each category will progress after the morning qualifiers. “The audience gets really jazzed,” said Kate Bell, the Hive’s community and events coordinator. “The energy is high, and it’s a really fun place to be on a Saturday afternoon.” In addition to watching gravity defying feats, there will also be a silent auction, a DJ and plenty of beer for sale to help fund the event, and Bell encourages everyone to “come out and enjoy the spectacle.”

While most of us probably imagine climbers as lanky, muscled individuals with long hair, Bell sets the record straight. “We get people from all different walks of life,” she said. “We get students, we get climbing and travelling bums, we get doctors, lawyers and everything in between.” She described the community as unique, supportive and diverse. “It’s really a wide spread of individuals,” she said. “But you get all these people together in the same room, and their passion for the sport takes over anything else.”

Bell herself started climbing 10 years ago, after her friends persuaded her to join them. For her, it was love at first climb, though she admits that she was never particularly into sports during her time in high school.

“It’s a good way to trick yourself into being active,” she said. “Climbers, or boulderers in particular, are exceptionally lazy for how fit they are – we often try to figure out how to put in as little effort, and as little movement as we can to get to the top of a climb.” Because of this aspect of climbing, Bell explained that it is often a very social activity, since climbers tend to work together to solve route problems.

While Bell admitted that it can seem intimidating at first, she stressed the non-judgemental nature of most climbers. “Everybody who climbs will tell you that there are definitely ‘high gravity’ days,” she said. “Nobody is really great at climbing when they first start, but every person is trying their best at whatever level they’re at, so we’re all sort of failing together… and that’s okay.” 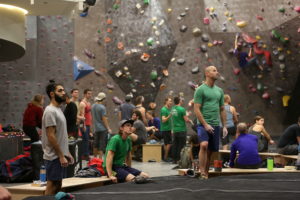 While not everyone is interested in competing, for most people, climbing is an excellent way to find a sense of community, and push themselves in a low-pressure environment. Robbie Hébert, a third-year student in Capilano University’s Performing Arts program, joined the Capilano Climbing Club a year and a half ago, and participates in the club’s weekly meetups at the Hive. “I love that it pulls people from all different programs,” said Hébert. “There’s a bunch of people who I wouldn’t have otherwise met. It often puts me in a better mood, and helps end my Wednesdays on a really positive note.”

Since the Club receives Wednesday night discounts from the Hive, Hébert finds that the meetups are an affordable and social way to blow off steam, and an escape from the pressures of school and work. “I love that it’s not connected to my work in any way,” he said. “It makes it a lot easier to have fun, and that’s a big part about why a lot of us go. It’s nice to connect with people through that.”

For Bell, the beauty of climbing is that it teaches people to approach problems in constructive ways, and encourages patience, problem solving and emotional management. “When you’re trying the same thing over and over again, and you’re not getting anywhere, it’s the definition of insanity,” she said. “Learning to step back, process, and manage your frustrations is probably the most important thing I’ve gained from climbing.” 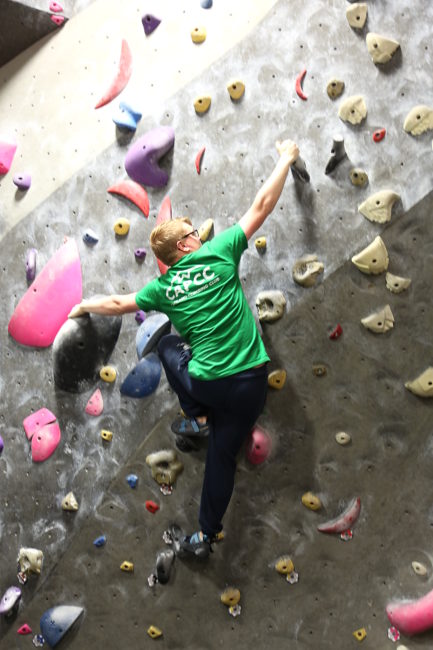 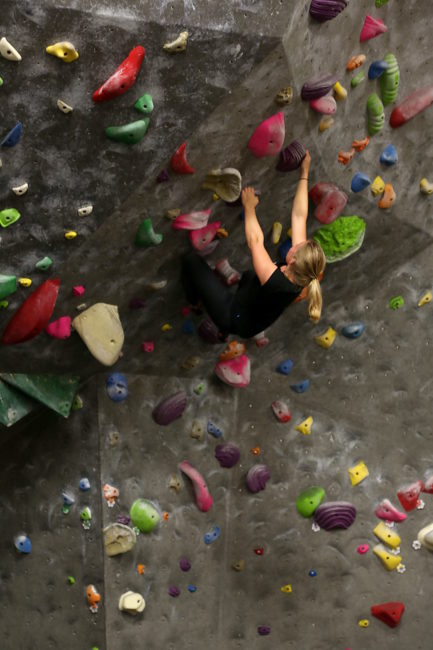 The Hive North Shore will be hosting its Provincials and Citizens competition on Saturday, Jan. 27 – Sunday, Jan. 28 at The Hive (140-2270 Dollarton Hwy). Learn more about bouldering and climbing before you try it out!