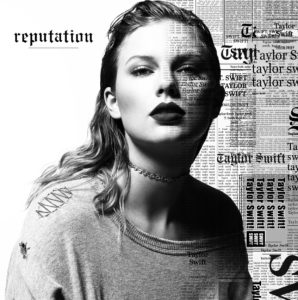 Taylor Swift maintains position at the apex of pop music

The last couple of years haven’t been kind to Taylor Swift. She’s had to deal with embarrassing public celebrity feuds and breakups, as well as being dragged through the dirt on social media. Swift’s Reputation, released Nov. 10, is her response to exactly that – her reputation.

This is Swift’s sixth studio album, and the one that shows truly shows her complete immersion to modern pop music. Reputation is her version of a snake shedding its skin – it’s defensive and unapologetic, while maintaining an effervescent air. Even though Swift throws some clear punches, she does them in a refreshing way.

The teaser-singles, namely “Ready for It” and “Look What You Made Me Do”, are two tense and electronic-heavy tracks that give Reputation a strong vengeful impression, which is a constant theme throughout the album. On “This Is Why We Can’t Have Nice Things”, Swift takes a not-so-subtle jab at her very public feud with Kim Ye, singing, “Friends don’t try to trick you / Get you on the phone / And mind- twist you.”

What we don’t see in Reputation is the usual crop of break up anthems that Swift has been famous for, instead showing off exactly the opposite. Songs like “Dress” and “New Years’ Day” are two softer tracks about the giddiness and adventures of love.

Already being hailed as the pop album of the year, Swift’s Reputation is winning with both fans and critics. The album currently has four songs on Billboard’s Top 100 list and continues to climb the charts. Swift made the move from country to pop music long ago, and if her latest album says anything, it’s that she’s not going anywhere. Reputation reads less like a diary and more like a blueprint for her future. 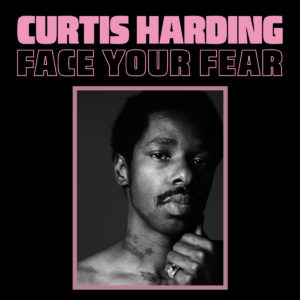 As Leon Bridges proved when he burst onto the scene as the second coming of Sam Cooke or Otis Redding, not many sounds can top the nostalgia of retro done well. In his sophomoric effort, Face your Fear, Cutis Harding does exactly the same.

Harding’s story could not have been more fitting for a tried and true soul crooner narrative. Before his 2014 solo debut, Soul Power, the singer wrote and sang back up for Cee Lo Green.

In his latest release, he emphatically shows a talent that makes you wonder how and why he’s been kept in the shadows for so damn long. Opening track, “Wednesday Morning Atonement” is a tour de force. The Danger Mouse-produced song features an electrifying mix of synth and 70s rock riffs, surrounding Harding’s compelling lyrics about fatherhood with a lush, colourful environment.

Primarily produced by Harding and Sam Cohen, Face Your Fear is an exemplary retro-soul album, showing off the best of the far-reaching genre by evoking elements of classic R&B, funk and psychedelic rock.

Although the intricate production of Face Your Fear can so easily be deemed as the backbone of the record, its Harding’s truly impressive vocal work that really pushes the album to greater heights. The singer is a virtuoso who effortlessly bobs and weaves through complex notes. Tracks like “Dream Girl” and “Ghost Of You” illustrate his majestic falsetto, while “Til The End” is an exercise in restraint, exhibiting Harding’s skill with an exclusively baritone song.

Harding separates himself from the crowded R&B landscape by looking to his predecessors. While the influences of his idols are clear, his ambitious and impressive second album only point to a long, exciting career for the talented singer. 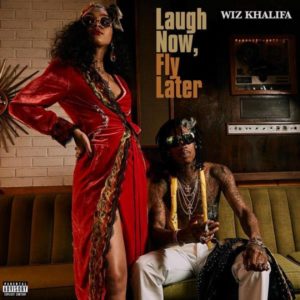 Unlike his two mixtapes in June, which each had four tracks, Laugh Now, Fly Later goes 10-deep and runs for 40 minutes. The mixtape starts off with a bang, opening with the Casey Veggies-led “Royal Highness”. Despite being dominated by Veggies, “Royal Highness” sets the tone for Wiz Khalifa’s notorious laidback Rockstar style.

While Laugh Now, Fly Later is traditionally Wiz – easy to listen, smoke and hang out to – it doesn’t carry as well as the year’s previous releases and it would not be a total surprise if it does not end up producing any hits. That being said, there are decent tracks in there.

“Letterman”, produced by 808 Ma a, sounds like throwback Wiz rapping over a menacing, trap-bathed beat. It has all those components of a Wiz song that we’ve come to expect: weed,

girls and flexing sewn together between softer melodies and hypnotic bars. In “City of Steel”, he drops news that Rolling Papers 2 is finally finished – a project that has taken three years to make. Also noteworthy are “Weed Farm” and “Stay Focused”.

Although his latest mixtape does not really have that one, ear-catching song like Blacc Hollywood’s “We Dem Boyz” or O.N.I.F.C’s “Medicated”, Laugh Now, Fly Later does exactly what it was intended to do. It gives fans just enough of Wiz’s signature stoner vibe to tie fans over until the release of Rolling Papers 2. 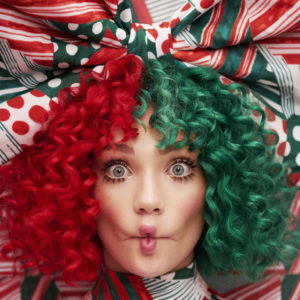 An early, but exciting holiday album

Is it too early for a Christmas album? Of course not! Sia has gifted the world with a 10-track holiday offering, all of which are original tracks. Everyday

The album opens with “Santa’s Coming For Us”, a cheerful and upbeat track that embodies all that is good about the seasonal selections played from Nov. 1 until Dec. 25.

“Snowman” is a slower track, backed by strings and piano keys. Sia sings of going on adventures with her snowman. Unfortunately, the sun eventually comes out and her friend melts away, but not before Sia assures him they’ll meet again.

Although much of the album falls under a more traditional holiday style, it certainly has some less than traditional cuts. “Ho Ho Ho” is an alternative Christmas anthem that celebrates “all the misfits” as Sia puts it.

The album closes with the beautiful ballad “Underneath the Christmas Lights”. Probably Sia’s strongest vocal offering on the album, the track could be played at a midnight mass or a family gathering and would suit either.

Everyday is Christmas is a refreshing take on the Christmas album, with a variety of tracks that all t the seasonal cookie cutter.