Understanding the impact and success of Capilano University’s music programs

Just take a few steps into the first floor of Capilano University’s Fir building and you are sure to be greeted with an assortment of sounds. Whether it is a bassoonist playing Bach chorales in a practice room, a drummer pounding away in the big glass “fish-tanks” or a jazz choir rehearsing in the Harold Kirchner Music Studio (Fir 113), you will not find a livelier hallway on campus.

“There’s a reputation for a certain kind of community within the program,” said Dr. Jared Burrows, “It is a very family like little structure, when people show up here they are kind of thrust together 24/7 over four or five years, and that makes a really tight community for people to cooperate, help each other and create links for future career prospects.”

Burrows now serves as a professor and the academic coordinator of the Jazz Studies department at CapU. However, he is also an active musician in the jazz community and a CapU alumnus, having graduated from the University’s now-defunct Commercial Music Diploma program. When selecting to study music at CapU, students have the option of choosing between either a two-year diploma or four-year degree in Jazz Studies, or a two-year Music Diploma in the classical tradition. Students in both programs take courses where they learn about music theory, pedagogy, history and performance through the study of a variety of instruments.

Classes offered include ear training, world music, conducting and small ensemble. Many students will also audition and be placed in various large ensembles including two of CapU’s popular jazz big bands and vocal ensembles, A-Band and NiteCap. Other ensembles include rhythmic ensemble, guitar/bass ensemble and the Capilano University Festival Chorus — a choir open to both community members and students. It is opportunities like these that have helped solidify CapU’s Music Diploma and Jazz Studies Degree as two of the school’s most popular programs.

“When the Jazz degree started, it differentiated itself by being something new – a music degree that wasn’t classical. With other jazz degrees now available, it is accompanied by a small number of such programs offered around the nation.”

Under the direction of founder and coordinator Mike Reveley, the two-year Commercial Music Diploma started in 1974 and evolved into a Jazz Studies degree program in 1993. Offering a two- year diploma and a four-year Bachelor of Music in Jazz Studies, this became one of the first four degrees offered at CapU along with music therapy, tourism and business administration.

“It wasn’t a jazz program then,” said Burrows, “the focus was exclusively vocational, there was no attempt at academic breadth or trying to prepare one for graduate school or a teaching career, it was all about becoming a performer.” This made sense at the time, as there were more studio work and live performance opportunities. “We now focus very specifically on jazz because we think that it provides a really great set of skills for people to become more flexible later,” he continued.

The transition proved to be very successful, and was a natural t for the instructors. “Our faculty had a very strong jazz background, so there was already a potential undercurrent that it [the Commercial Music Diploma] wasn’t particularly only pop music,” added Grace McNab. Having served her time as coordinator from 1997 to 2012, as well as a professor in the Jazz Studies department, McNab was the bridge between jazz and CapU’s other music program.

Hired in 1989, McNab started teaching in CapU’s Bachelor of Music Transfer program, which is now known as the Music Diploma. The program teaches students in the classical music tradition, and aims to transfer them to a Bachelor’s program in their third year. From there, some students will elect to additionally complete the schools Conducting in Music Certificate on top of their diploma, or transfer into the Music Therapy department in their third year.

While also popular, the Music Diploma has not seen the same success as that of the Jazz Studies program. An issue the diploma faces is that there are multiple schools in Canada, and even the Lower Mainland, that offer classical music programs — many of which also offer degrees. In an effort to differentiate itself from the other programs, there are potential changes in store for CapU’s Music Diploma. “It’s finding its feet now in a new way, because university transfer is not the goal of the new Capilano University,” said McNab. Since becoming a university, CapU has made a goal for itself to start offering four-year degrees rather than just transferable diplomas.

Therefore, the Music Diploma has the potential to see itself evolve into a Bachelor of Arts in Music Professions degree in the future. The degree would involve aspects of classical music training as well as skills needed in fields of Arts and Entertainment Management. “They [the Music Diploma administration] are trying to go in a pragmatic direction without somehow in anyway diluting the intensity, the integrity and the rigor of studying historical music,” added McNab. Not every student interested in music programs intends to become a classical musician. By branching out and connecting to more fields, the proposed degree would have a broader appeal and be set apart from other degrees.

When the Jazz degree started, it differentiated itself by presenting something new — a music degree that wasn’t classical. With other jazz degrees now available, it is accompanied by a small number of such programs offered around the nation. “Just having a jazz degree in the early 90’s was an unusual thing in Canada,” said Burrows, “We’re certainly in a very small group of music programs Canada-wide that offer a focus on jazz and a four-year degree in jazz.”

While being one of the few jazz schools in Canada has certainly helped, the success of the Jazz Studies department is credited to the ensemble of professors. Burrows, McNab and Reveley have always made a conscious effort as coordinators to hire as many local players —whom are members of the local jazz scene — as possible. The faculty consists of a group of talented composers, arrangers, and instrumentalists including Bill Coon, Réjean Marois, Steve Kaldestad and multiple Juno award winner Brad Turner.

“When the instructors were able to do what they wanted to do, that enthusiasm transferred to the students, and also it distinguished our program from others that didn’t offer jazz,” said Burrows of the program’s successful transition.

“I think the number one thing was that the teachers were always players,” added McNab, “the students could go out any night of the week and be inspired by their teachers, it’s community and mentoring.” 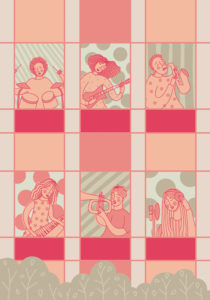 “It would be very peculiar to go to a local jazz show without spotting a Capilano jazz student in the audience, or playing with the band.” 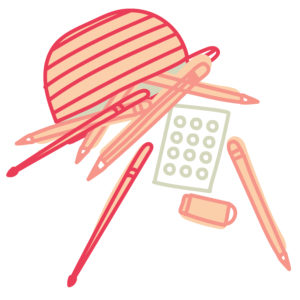 This mentoring could be seen everywhere from the classroom to local shows. “It’s not uncommon at all for our faculty members to be working with former Cap students on various gigs,” said Burrows. Students also have the opportunity to take various Private Music Instruction courses (PMI) to study their instruments or composition under one of CapU’s instructors. Alumnus Mike WT Allen credits professor Bradshaw Pack as one of his influences. “He’s very open to everything,” said Allen, “I would bring in a piece and he would say ‘okay, you’re doing this atonal sort of jazz rock kind of thing, that’s cool, but we’re going to do that and make it the best atonal jazz rock as possible’.”

Allen is currently working on a variety of different projects, including both of his band’s, Big EviL and Space Elevator— a “20-person, experimental jazz-metal big band,” as Allen described it. Like many other alumni, Allen has found himself playing in bands with other CapU grads and students. This goes to show how the sense of community the music departments have created goes beyond the classroom. “You’ve got an influx of a bunch of people who are really, really good,” said Allen of his former classmates turned bandmates. “It’s a lot of Cap people, just because that’s the circle I run in, the group of people in my time up here, and then people I’ve met through those people.”

Many students coming out of Capilano’s music programs have gone on to have successful performance careers locally, nationally and internationally. The jazz program has had a huge influence on the local jazz scene in Vancouver. It would be very peculiar to go to a local jazz show without spotting a CapU jazz student in the audience, or playing with the band. However, it would be naive to say that all Jazz Studies students stick to jazz after graduation.

“Not everyone that leaves Cap goes into jazz, I can think of maybe a handful of people who exclusively play jazz after graduating. A lot of people, myself included, will take that knowledge and apply it to other stuff,” said Allen, “It’s cool because you have these people who have this huge amount of knowledge, technique and skill and they can apply that to the rest of the music they are doing.” Like Allen, many of Capilano’s grads and students can be found performing in other music scenes, including indie, rock, pop and metal.

“More and more of our students are becoming very successful in other fields — Mike Meroniuk, Alanna Pearce, John Tobin, I mean there’s so many, we can go through lists of people that are making impacts in different ways,” said Burrows. Other notable alumni include performers, composers and bandleaders like Cory Weeds, Sharon Minemoto, Nikko Whitworth and New York City-based musicians Bria Skonberg and Evan Arntzen, as well as many others.

CapU also contributes to the local music community by putting on various concerts at the BlueShore Financial Theatre. Performances include shows put on by various CapU ensembles such as A-Band or Festival Chorus and other student and faculty concerts. The Jazz program also brings in special guests every year to participate in workshops and lectures with music students, as well as put on live performances open to students and community. Past special guests have included Bill Frisell, Maria Schneider and Ambrose Akinmusire.

Many students who have studied in CapU’s music programs have went on to study education, many having achieved successful teaching careers. Dr. Burrows is an example of this. Dr. Graeme Langager at the University of British Columbia also once studied in the halls of the Fir building. “We’re sending out people who become performers, composers and arrangers,” said Burrows, “We’re sending out people who become educators, who then feed back into that cycle. So, the educators are training young musicians that will eventually become performers and composers.” The training at Capilano prepares students who may choose to go on and further continue their studies at the graduate and doctorate level.

The many successes of CapU Music’s alumni and professors have helped give the school its positive reputation among the local music community. It has also distinguished them from other universities, however, as with all programs, it is not without obstacles. “We’re faced with the normal challenges of functioning within an institution that is growing and changing rapidly,” said Burrows. He also explained that the best way for the jazz program to thrive is by “showing everyone how jazz continues to be a vital art form that has relevance to young musicians.”

The ability to continue to evolve has kept CapU’s Music programs relevant since their inception, and the community they’ve created has earned them the glowing reputation they’ve received from local musicians and students. “The program pushes you to be the best you can be, it’s a ton of work, and it will crush your soul, and you will never sleep,” said Allen, “but in the end, it’s worth it because I’m busy and it’s amazing.”

Evidently, CapU’s music programs have grown past campus community – just like the very principle of music, its impact extends far beyond its roots.