With five locations scattered across the Vancouver region, Trees Organic, a coffee and roasting house, has held the title of the best cheesecake around. For over 15 years, they’ve been hosting live music events every Friday, featuring some of the best talent Vancouver has to offer.

The event is currently organized by Marq DeSouza after original open mic host, John Pippus, retired from the position in June. DeSouza is “a veteran rock ‘n’ roll survivor” best known for his Solarbaby project, a band that produced two successful albums and now hosts the open mics on Thursday nights, welcoming aspiring performers in the heart of downtown, more specifically the Granville Trees Organic location.

“Open mic started a couple of years ago, and it was sort of an option for Friday nights. Thursday nights are more casual, where anyone can come in and perform, no pressure, and both nights compliment each other really well,” explained DeSouza.

Open Mic nights are held every Thursday night from 7:30 to 10 p.m. “We get some strange acts, and we get acts that really surprise me, when I’m just looking at them thinking how is this going to end up, but they go up there and they blow me away. We’ve had magicians, rappers, people doing poetry and it’s really fun,” said DeSouza. One of the venue’s alumni includes Canadian pop sensation Carly Rae Jepsen, who worked at the cafe and performed there for a while.

Open mic and Friday nights have become an integral part of the community, bringing in crowds and regulars to hear a variety of musical styles, anything from rock, jazz and rap, even be entertained by poets and magicians. Every performer gets three songs, unless the cafe is not as busy, and in that case each performer has the option to showcase an additional song.

“We have a lot of regulars that come on Fridays, thanks to John who’s built it into a quality evening. If you come down, you’ll get a certain quality that you might not get at other places. We take the time to book people to come in that are worthy of people’s attention,” said DeSouza. “It moves along so quickly, and even if you’re bored with one act, there’s going to be a different one on 10 minutes from then.”

Friday nights have live music events held from 8 to 10 p.m., showcasing different local artists. “John was the one that turned it into what it is now: the format, the consistency and the quality. Who knows, if it weren’t for him, it would’ve ended some other time. He really took the time to put the work in and build it into a real event night,” said DeSouza.

Years ago, Carly Rae Jepsen was part of the event, entertaining the crowd, until she moved on. Friday nights are different, where it’s a selected group of artists booked ahead of time. “We want to maintain quality, so it’s not really for beginners at all, it’s for people that are up and coming. They either have a CD out, and are trying to make a name for themselves, and it’s mostly singer-songwriters solo. We have had two people or trios come in, and we have all sorts of great combinations,” he said.

Enjoy a night full of music and fun while tasting some of Vancouver’s tastiest cheesecake at Trees Organic. For more information visit Treescoffee.com 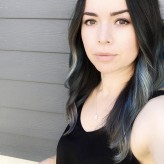