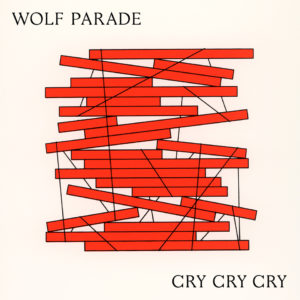 Wolf Parade’s late-2016 reunion was cause for celebration for the Montreal-based indie rock group’s loyal fans who had been eagerly awaiting their return from a five-year hiatus. Following a series of live shows, including a lively February 2017 appearance at the Imperial, the “Wolf Pack” suspected new music was on the way, and they couldn’t have been more delighted to hear of Cry, Cry, Cry’s release.

This long-anticipated album kicks off with unstoppable and unquestionable energy. Lead vocalist Spencer Krug sings “alright, let’s fight / let’s rage against the night” over the rolling and rumbling sounds of a rhythmic piano tune years in the making.

A survival anthem in its own right, “Lazarus Online” sets the tone for an album streaked with gothic tones and anthemic lyrics like “everybody needs some comfort,” “let morning come / let morning come” and “am I an alien here?” which are heard throughout the album.

Arpeggio-ridden “Who Are Ya” channels the groups past sound from EXPO 86 and At Mount Zoomer while “Weaponized” features epic chord progressions in a major key reminiscent to that of indie rock legend Arcade Fire’s “Everything Now.”

In the grand closing track “King of Piss and Paper” Krug sings “saw the generation under me crying on the news” in a sweeping fashion that brings to mind the band’s beloved tune “Dinner Bells” and asks in camaraderie: in times like these, “how can we not sing about love?”

Cry, Cry, Cry, will be a much-welcomed breath of fresh air as the autumn leaves begin to fall around us.

Four years after his last album, Jasper Sloan Yip is back with a haunting new record and a seven-show tour that stretches from BC, to Ontario and to Quebec.

With Post Meridiem, one of Vancouver’s nest indie folk musicians exhibits an album that expands on the style he’s built over his rst two records. While Every Day and All at Once is a whimsical debut that prides itself on acoustic and earthy elements, and where Foxtrot ventures towards experimental soundscapes, Post Meridiem is an exercise in the cinematic.

The album opens with “(…)” a scenic string arrangement that sets the tone for a journey through melodies. Lead single, “The Day Passed and the Sun Went Down” soon follows, bringing in Sloan Yip’s soothing vocals, while harkening to the complex production that Foxtrot’s “Cut Your Teeth” displayed. “I Don’t Know Where I’ve Been” is a slow burning ballad that serves as a beautiful centerpiece to the record.

While the music of Post Meridiem showcases an evolution in the rapidly rising Vancouver artist, it’s the writing that truly encapsulates Sloan Yip’s talents. His lyrics embody introspection, honesty and smart storytelling. “We cannot go back, we’ve killed all the lovers we couldn’t catch,” he writes in album highlight “Put Up Your Hair”.

Post Meridiem is sure to delight long time fans, as it not only brings back Sloan Yip’s signature style, but also expands his horizon with a majestic soundscape.

Jasper Sloan Yip will be performing at the Wise Hall on Oct. 5. Post Meridiem will be released in Canada via Afterlife Music on Oct. 27 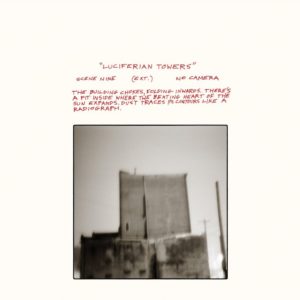 “We aimed for wrong notes that explode, a quiet muttering amplified heavenward,” reads the LP’s album notes – a sincere yet humble proclamation of what Godspeed You! Black Emperor (GY!BE) has achieved in their sixth official album.

Luciferian Towers is a sprawling 45 minute-long dreamscape of atmospheric instrumental rock, amassing the weight of nearly a quarter of a century of ideas amounting to something greater than most of us have began to comprehend.

While the four tracks on this album are arguably some of the band’s most accessible to listeners, titles like “Bosses Hang” and “Anthem for No State” are anything but ambiguous. Descending notes crash into intensely building chord progressions while a familiar melody creeps into each song, reminding us of the crippling reality of the systems we’re trapped in.

GY!BE, the band that donated their $30,000 Polaris Music Prize to music programs in the the Quebec prison system pulls no punches when they write that Luciferian Towers was informed by the demand for the “total dismantling of the prison-industrial complex” among other grand ultimatums for the future of our universe.

At a time when words feel powerless, GY!BE has graced us with this axiomatic masterpiece – powerful, wordless and cinematic – post rock at its best.