Our staff discuss their favourite albums from the Summer

Having spent my summer in Europe, I only really got to listen to albums when travelling between cities on trains or buses. While all these albums, and many more, provided my trip with a soundtrack, Everything Now by Arcade Fire was by far the most played. It’s cinematic qualities and rich sounds provided the perfect accompaniment for the passing landscapes. Having said that, what a summer it was for music. We got our first Jay Z album worth listening to in a while, Sinjin Hawke released his debut full length offering and Kacy & Clayton reminded us of a 1960’s San Francisco with a small-town Saskatchewan touch.

Picking an album of the summer was stiff competition as many of my long-time favourites released great new albums. The winner however was one I wasn’t expecting. SZA floated in the background as just another hazy R&B singer, but Ctrl arrived with such clarity and confidence.

SZA proves herself a powerful singer and songwriter with her distinct voice, raw confessional lyrics and a knack for switching flows and melodies like a rapper. While many of the tracks share the same faded R&B vibe of SZA’s older music, Ctrl also sees her step effortlessly into other genres. “Prom” is pulsing indie-pop in the vein of HAIM, while “Drew Barrymore” and “20 Something” are folksy and stripped down. The standout hit is “The Weekend”, a shimmering R&B jam about time-sharing men, but every one of the 14 tracks on the album is a gem. 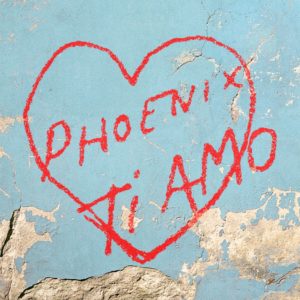 Phoenix’s sixth studio album, Ti Amo, was released this summer on June 9, and it has since rocked the synthpop genre. The album delivers Italian disco like no other – and not in a “my mom made me listen to this” type of way, but more like a “I want to paint the town gold,” Italian disco. Ti Amo, which has been in the making for three years, is themed around love, desire, lust and innocence. It connects punchy pop backing tracks, with Phoenix’s signature dreamy vocals. Ti Amo is summer in a bottle, and it’s the only drink I want to savour this fall.

Queens of the Stone Age – Villians

Nearly a year after the majestic, Kali Uchis-assisted “Get You” took streaming platforms by storm, Daniel Caesar is showing once again showing why he’s Canada’s next R&B standout.

Released late August, Freudian marks the singer’s official debut album. The record sounds almost antithetical to the lush and effervescent tunes that summer albums get associated with, instead opting for a firm gospel foundation, while weaving in elements of quiet storm that would do Maxwell proud.

While “Get You” and “We Find Love” will certainly reap most streams and accolades, tracks like “Best Part (feat. H.E.R.)”, and the Charlotte Day Wilson-assisted “Transform” are gems that suggest Caesar as a true star in the field, not just a passerby with one dope hit.

He might not have the sizeable catalogue yet, but don’t be surprised if Caesar’s name gets routinely mentioned among the Ocean’s, Miguel’s and Solange’s of the industry. He’s that good.

HAIM – Something to Tell You

Amber Coffman – City of No Replies 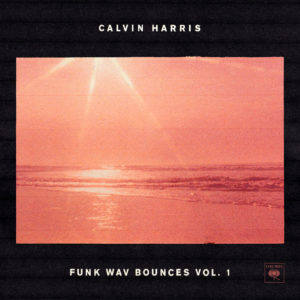 Despite the criticism he received for his latest album, Funk Wav Bounces Vol. 1, Calvin Harris has undoubtedly released one of the best summer-perfect albums we’ve seen in a while.

Sure, there isn’t a single song that doesn’t rely on the support of other music superstars. And it’s true there’s very little, if any, real substance in this album. It’s also not especially diverse sounding. These things aside, the Scottish singer, songwriter, DJ and producer’s most recent album is exactly what summer 2017 needed.

Harris’ fifth solo album might not be incredibly deep and soul satisfying, but it’s the kind of record that’s tropical vibes won’t leave you feeling miserable. 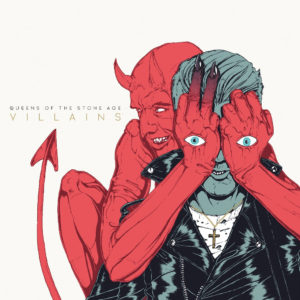 Queens of the Stone Age

People keep saying that Rock and Roll is dead and if that’s the case, then surely Josh Homme and the other lads of Queens of The Stone Age didn’t get the memo. Rock and Roll is alive and well for those who know where to look, and it’s an easy search – just go listen to Villains which was released Aug. 25. The new release from the desert rock deities is as potent as Rock and Roll can perhaps get. The band is known for self-producing its albums and keeping things in house, but for Villains, the group brought famed British hitmaker Mark Ronson into the fold. The result is an album which is noticeably more upbeat and dance floor friendly then the last Queens release. Tracks such as “Fortress” and “Feet Don’t Fail Me” are swinging and hit worthy. In the hands of Homme and his hombres, Rock is far from dead.

Death from Above – Outrage is Now

The War on Drugs – A Deeper Understanding