“When a lady walks to me says ‘hey you know what’s sexy?’ I say ‘no, I don’t know what it is, but I bet I can add up all the change in your purse really fast.” – Kanye West

I used to skip classes regularly. I used to nonchalantly breeze my way through readings and regular assignments, only prioritizing papers, presentations and exams. I used to give up when missing buses, watch basketball games instead of attending night classes and sometimes, I would just sleep in. I still do.

After high school, I thought I was going to attend the University of Victoria, where I had been accepted and even offered a scholarship. Then I saw the cost of housing, which if I remember correctly, was more expensive than the tuition itself. It didn’t make sense to me then and it doesn’t make sense to me now.

I rejected UVic and went on to take my talents to the second school that accepted me: Capilano University. On my first day, I met editors of the school’s newspaper, the Capilano Courier. I became an irregular contributor, showing up once or twice a month.

Like so many other students who attend Capilano, I was dead-set on transferring to UBC after my first year. I wanted to study political science and eventually work in international politics, or maybe even go to law school. My poor habits ultimately proved these initial intentions to be nothing more than simple fallacies, so I stayed at Capilano, and made a home out of the school’s communications program.

Having what most other schools define as a “major” not only gave me a sense of direction and purpose, it led to meeting a core group of people to work and get along with. It doesn’t hurt that a former editor-in-chief of the Courier took a chance on me and brought me on as part of the full-time staff.

Habits improved, purpose became clearer and goals looked increasingly realistic. I learned that readings – for the most part – aren’t to be disregarded, and somehow research became a point of passion.

This past spring, five years and 30 pounds since I first stepped foot in Capilano, I earned a degree to keep me warm and became the editor-in-chief of the Courier as a graduate.

The point of this all, however, is not the story of overcoming your struggles and learning from your mistakes. Sure, I did learn from my own set of bad decisions, but I didn’t struggle. I lived at home, my parents took care of my tuition and I found as ideal a job as possible for while pursuing my studies. School wasn’t supposed to be hard – I just made it so.

We tend to figure our shit out a little too close to the end. By the time you learn every trick in the book, you’ll be inches away from the finish line.

In my five years as a student, I met too many people who had no intentions of seeing that finish line. You would have a good chance in betting that from the host of students that Capilano welcomes this semester, a good portion fully intend on getting out of here after a year. Many of them probably faced some level of derision from friends attending bigger and more prestigious schools.

Many joke that Capilano is a university only by name. Although the financial backing that the previous provincial government provided certainly fuelled that belief, it simply is an insult to every striving member of the school’s community.

As Capilano inches ever closer to its monumental 50-year anniversary, you can see the concerted effort in shedding the assumptions that hurt the school’s enrolment and more importantly, retainment. Off-campus housing is here for the first time in the school’s history, bus service from Burnaby to North Vancouver has (slightly) increased and there are more and more resources provided for clubs and student associations.

Despite it all, the biggest lesson I learned as a Capilano student has nothing to do with the amenities that boost “student life” and everything to do with education. Students truly do prosper here and professors do work to make it happen. Any number of poster ads on public transit can’t reach the scope of marketing that a successful student and graduate can bring an institution. You just have to suck up the commute.

Keep it one hunnid. 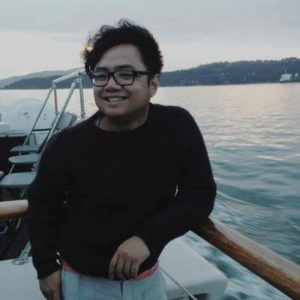