A meme circulating the internet attempts to compare two American prison sentences for seemingly similar offences. On one side is Felicity Huffman, a rich white actress, who received a 14-day sentence for paying $15,000 to boost her daughter’s SAT scores as part of the college admissions scandal. On the other side is Tanya McDowell, a Black woman sentenced to a minimum five-year jail term for multiple charges—including lying about her address so her son could attend a better school in a neighbouring district.

On the face of it, the viral meme seems to provide a perfect example of racial and economic disparities in the American criminal justice system. But the details of the two cases paint a more complex picture of issues at the heart of ongoing public debates about race, wealth, education, and justice.

It’s worth examining the difference in charges between the two women. Felicity Huffman pleaded guilty to conspiring to commit mail fraud and honest services mail fraud. She was sentenced to 14 days in jail, 250 hours of community service, and a $30,000 fine. Tanya McDowell reached a plea bargain with prosecutors for seven charges against her, including selling drugs to undercover officers and larceny for lying about her address—which police said was stealing over $15,000 in funds from Norwalk School District. The plea bargain resulted in a 12-year suspended sentence, serving five years in jail, plus five on probation.

When examining the charges, it’s notable that past convictions are taken into account during sentencing. Huffman has no prior criminal record, and her charges were for nonviolent crimes. McDowell had previous convictions for bank robbery and possession of a pistol. Finally, Huffman was convicted by a federal court in California, while McDowell was tried in Connecticut Superior Court. While the cases appear dissimilar, diving deeper into the systemic issues surrounding race and justice in America reveals that the issues the meme raised are real.

There are well-documented racial disparities in the American criminal justice system stemming from the legalized discrimination against Black people from the Jim Crow era. This discrimination is rooted in America’s participation in the Transatlantic slave trade and chattel slavery.

Sixty-six years after Brown v. Board of Education, the American public school system has not completely desegregated because of how it’s structured. Public schools are funded by municipal taxes. Cities and suburbs are still largely segregated from decades of discriminatory housing policies, redlining—the denial of services from public and private sector institutions to residents based on their neighbourhood—and underfunding of public programs that affect minority populations more than whites.

While Black people can no longer be owned or legally discriminated against, services are too often denied to individuals and communities based on their wealth or the political power, which are still tied to zip code and race. A rich, white celebrity like Huffman, whose net worth is in the tens of millions of dollars, is able to hire top lawyers and pay a $30,000 fine easily. Her layers of privilege have allowed her to find high paying work and live in communities that are not overpoliced, as many Black neighbourhoods are. Kelly Williams-Bolar, a Black single mother in Ohio, was convicted solely of lying to send her kids to a neighbouring school district and received the same $30,000 fine. Unlike Huffman, she couldn’t pay it, and was handed a five-year sentence that was suspended after serving 10 days in jail. Williams-Bolar fled her abusive ex and was splitting her time between her own place—which had been broken into—and her father’s house, whose address she used to enroll her two daughters in a neighbouring school district.

People of colour face higher rates of poverty than white people. We’ve seen how racially motivated law enforcement in the United States tends to be—POC already know this, but others are finally starting to see it. The way that the justice system treats marginalized communities is evidenced by cases like McDowell and Williams-Bolar. This demonstrates that the legacy of racial discrimination is inherently linked to wealth, access to education, and justice in modern America. 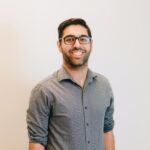