TV Crossovers: keep your hands off my doctors!

I love Grey’s Anatomy. I have been a loyal, dedicated and dare I say, obsessive viewer since I was much younger than I probably should’ve been when I first saw an episode. Safe to say, I’m here for it. Here for whatever heartbreak, curveball or other twist Queen (and show creator) Shonda Rhimes throws my way. But, I’m scared. There’s a recent trend in television that I fear may soon be coming for me and my beloved surgeons of Grey Sloan Memorial, and it’s one I’m not physically able to handle.

The crossover has been around for as long as I can remember. Show of hands, who remembers the absolute genius that was That’s So Suite Life of Hannah Montana? That was televised gold. It was a rare and highly anticipated occasion when your favourite fictional worlds would collide as you ate your after-school snack, and all was right in the world. But now, the crossover has become a pervasive time-suck, and unlike the tumultuous life that comes with being a Grey’s Anatomy fan, I am certainly not here for it.

The best example, or biggest perpetrator, of the crime I present to you today comes from another famed show creator, Dick Wolf. In 2012, Wolf introduced us to the world of emergency responders in Chicago with Chicago Fire, a show about firefighters and the paramedics housed at their station, which came as a relief to the oversaturated market of police procedurals. Then, two years later, came Chicago PD – a police procedural. To be fair, it was a good show, although admittedly, I was only there for Sophia Bush and haven’t watched an episode since she left. I do still keep up with Chicago Fire, which is really what brought this epidemic to my attention. Wolf created a third show in 2015, Chicago Med, concluding his trinity of dramatized emergency response. Naturally, these three sectors have reason to cross paths in the nature of their work, and I do understand and respect the idea of creating such an immersive and realistic world that allows your characters to interact just as they would in reality. But Wolf, you’ve gone too far. 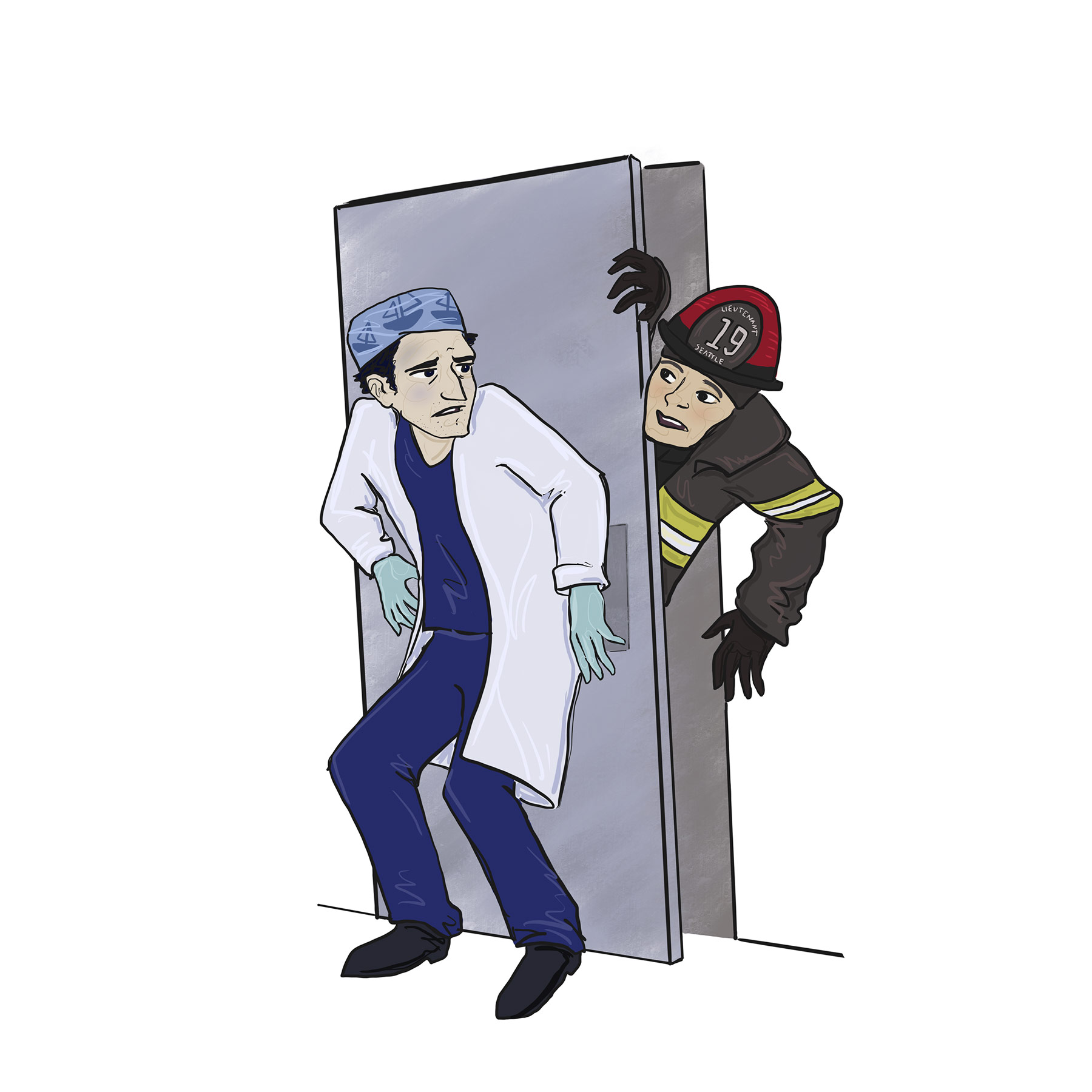 The launch of each of the franchise’s instalments brought a crossover event where the same story would continue on to the next. From a marketing perspective, again, I understand, and I respect that. But it has gotten to the point where following all three shows is almost required to enjoy the others, and it is no longer exclusive to a special launch event. This isn’t about the occasional cameo from another show’s character, which I actually think is pretty entertaining, I’m talking about a full-blown plotline ménage à trois. If you want to see the resolution to a story introduced in Chicago Fire, you have to watch Chicago Med. Think that’s it? No, the real conclusion isn’t revealed until you also watch Chicago PD.

For the last time I’ll say that the creativity of this is not lost on me. The problem is, I do not have the time! With a full course load, a job and the last semblance of a social life to cling on to as finals season approaches, a quick rest to watch a show cannot mean watching three and it’s unreasonable to expect your viewers to do so.

Now back to what’s most important, Grey’s Anatomy. If Wolf wants to flex with this Chicago empire, so be it. I won’t be making time for it, but I’m sure many people will. However, in the recycled landscape of network television I will not stand for this becoming a trend.

With the second season now underway, the Grey’s Anatomy spinoff, Station 19, is making me pretty nervous. Is it a bad show? Not at all. But am I willing to devote as much time and emotional labour into it as I am Grey’s? Absolutely not. The crossover elements have been pretty tame, besides stealing one Grey’s regular to permanently join the Station 19 fire squad. But when a spontaneous viewing of the latest episode of Station 19 revealed a massive development in a plotline that’s been brewing in Grey’s Anatomy for a good half of a season, I was pissed. I acknowledge the need to stay relevant in the streaming age but making your shows more inaccessible is not the answer. So, this is a plea, mostly to Shonda Rhimes (as my pleas are often directed) to keep the development of your shows within their designated time slots. If (and when) I want to dedicate three hours of emotional turmoil to a one-hour episode of Grey’s Anatomy, I will, so please don’t force me to do it.