Whether it’s from his speeches, his clickbait videos or the variety of memes he’s quoted in, it’s likely you’ve heard of conservative commentator Ben Shapiro. If not, he’s a Harvard Law graduate known for his controversial views on abortion, illegal immigration and transgender people, among other things.

The UBC Free Speech Club hosted Shapiro at the Chan Centre on Oct. 31. With him being such a divisive figure, Angelo Isidorou, the director of the organization, stated that, “This is pretty much, out of all of our events, the highest security we have ever had”. With that being said, you might wonder, why all the hassle? Freedom of speech is the obvious answer, but where do we draw the line?

It’s odd that Shapiro is being considered a representative of free speech, when he openly attacks the liberal media for not supporting “American values.” The division of church and state has always been a touchy subject in the United States, and is further complicated by popular media. The intent of religious scriptures, including those which Shapiro holds in such high regard, is to convey messages of morality. Who is to enforce morality in media, the market or the government? With many different messages, with many different meanings, it is up to the individual to decide if they want to agree or disagree with the idea being conveyed. 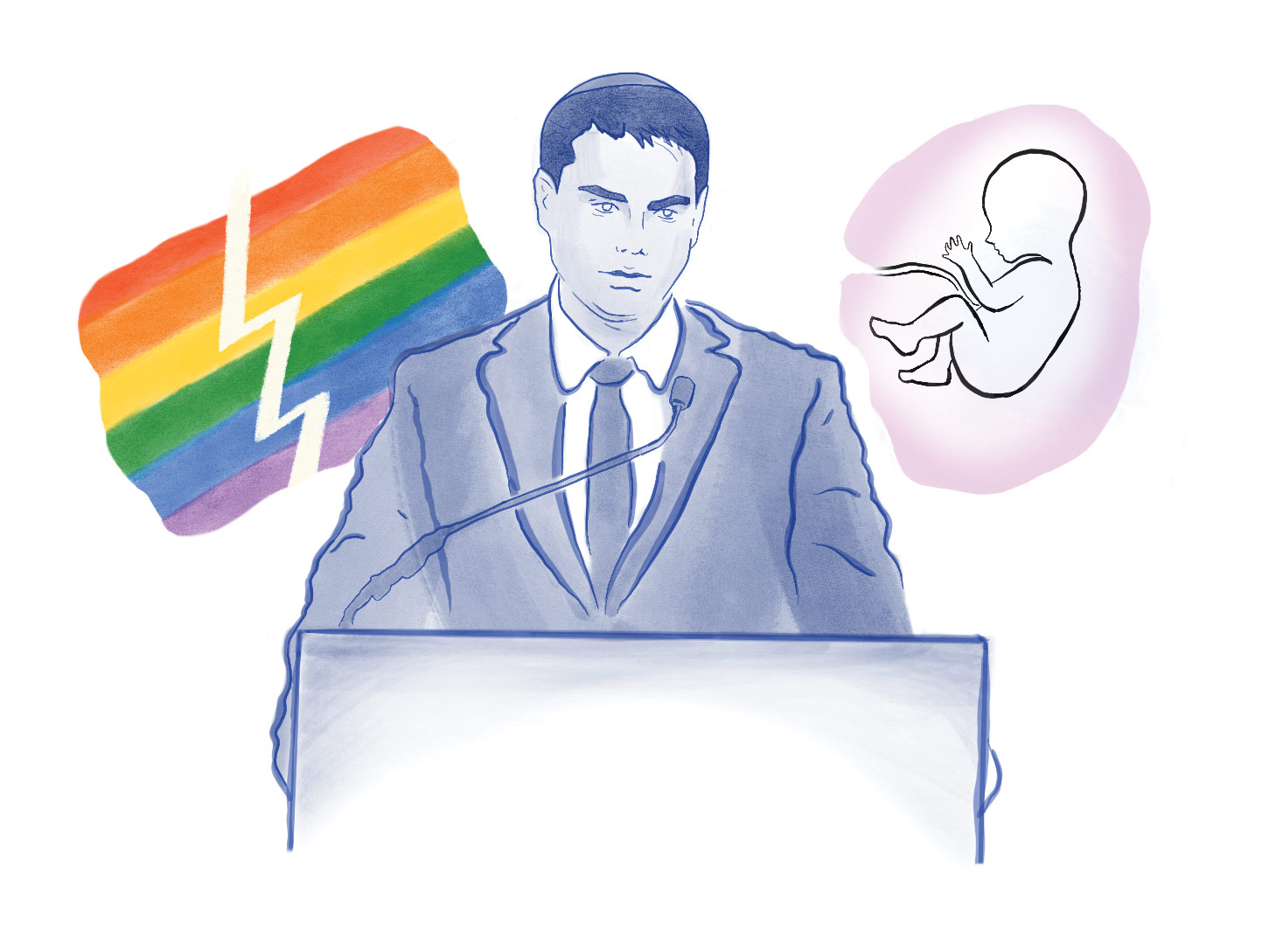 UBC is well within its rights to deny a person the ability to use its platform, much like YouTube demonetized videos that advertisers understandably did not want their products associated with, ranging from conspiracy channels to videos of terrorism. These actions have been met with considerable backlash from the community, with accusations of censorship. UBC Vice President Academic and Provost, Andrew Szeri, stated to Daily Hive, “UBC’s commitment to free speech includes student groups and other invited guest speakers using UBC venues such as the Chan Centre. This is the case even where some members of the University community may consider the guest speaker’s ideas, or the way in which they are expressed, to be controversial, or offensive.”

The situation definitely puts UBC in a bit of a predicament, with it having to decide whether it wants to give legitimacy to a person like Shapiro or face accusations of suppressing free speech.

UBC is no stranger to having controversial figures on campus. In spring 2017, Psychology Professor Jordan Peterson, best known for his opposition to Bill C-16, the bill which added gender identity and expression to existing anti-discrimination legislation, was invited to speak by the UBC Free Speech Club. There was a surprising lack of security, as well as a lack of protest.

Freedom of speech is really one of those things where you can’t have your cake and eat it too. You can only go so far with either extreme without running into problems. On one end you have a disturbing rise in how often hateful views can culminate into action. This unfortunately happened last weekend with an attack at a Pittsburgh synagogue that left 11 dead and six injured, when an anti-semitic gunman opened fire on worshippers. On the other, are examples of people being assaulted for wearing MAGA hats. Hopefully, there can come a time where civil discussion is re-established, and it isn’t considered taboo to speak politics at the dinner table.