I waited more than a year after its release before watching Fantastic Beasts and Where to Find Them. I could say it was out of stubborness – this story wasn’t canon and I didn’t want to wreck the Harry Potter universe for myself. However, it was something more like fear. That world had so much meaning and I was scared that it would be ruined irrevocably for me, much like the last few mediocre Harry Potter movies had nearly done. I was wrong in my worries though. The film simply added more depth and layers to the already complex world that JK Rowling had created over the course of those beloved novels. Although the film received mixed reviews, it was already set to be franchised, and the next of which, Fantastic Beasts: The Crimes of Grindelwald, is set to be released on Nov. 16. However, this has not been without controversy. 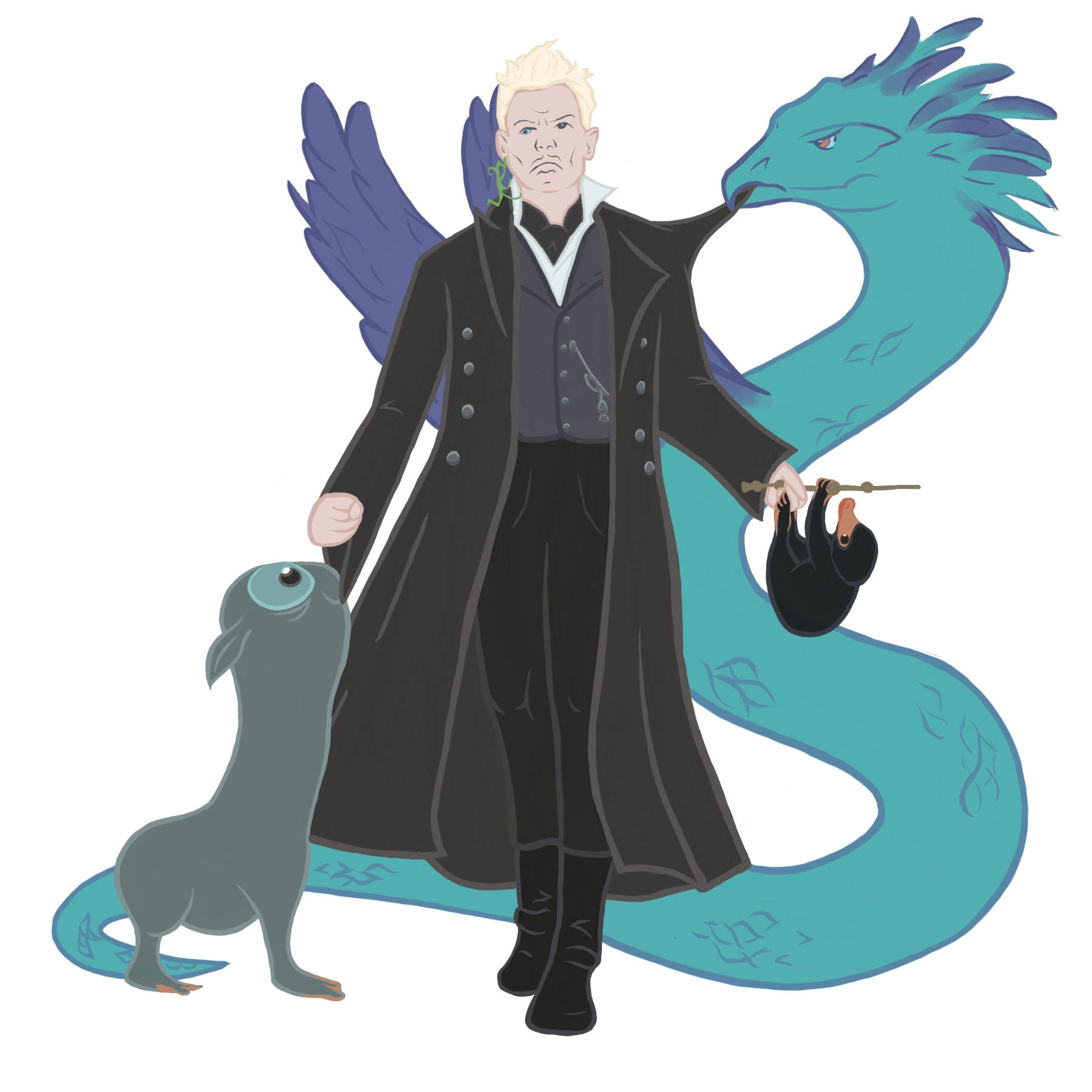 Johnny Depp is playing the infamous Grindelwald for the second time, against the backlash of critics demanding he be recast due to the abuse allegations laid against him by his ex-wife, Amber Heard. Though Depp has since denied them, Heard, as well as her attorney, have been adamant in their claims. To fans’ confusion, JK Rowling, who has always been a proponent of women’s rights (as a character like Hermione Granger could tell you), was supportive of this casting decision. Additionally, the film has received some lukewarm excitement due to the fact that Jude Law’s portrayal of young Dumbledore will not acknowledge the character’s homosexuality, even though Rowling has said he was written as a queer character. But apparently she didn’t mean it in a “here’s some cool positive representation” kind of way, only in a “he’s gay in our hearts” kind of way.

This is actual bullshit. JK Rowling, the queen of internet clapbacks, does not have our backs here, folks. Truth be told, as Twitter user, @cemetrygerard, put it, “If it isn’t obvious by now: Rowling said Dumbledore was gay all those years ago purely to try and avoid backlash for not having enough diversity. She never said anything about it in the actual series, and now won’t again in Fantastic Beasts.”

As far as Depp’s casting, it just goes to show once again how men’s actions have little to no consequences in this world, and further, how people will defend their problematic favourites no matter what. But seriously, coming into the pure-as-all-hell Potter fandom, GTFO! I don’t want to have mixed feelings about enjoying a franchise that is, at it’s very heart, enjoyable. How dare Rowling and director David Yates take this away from me? How dare you, Johnny Depp? I trusted you!

While Rowling, as the author, obviously has the decision-making power to include or not include whatever she wants, people are demanding more from this often-empowering series. It isn’t necessarily fair to insist that Rowling be the one to be held entirely accountable for the overall casting and inclusivity of these films, but then who should be? I’m not going to lie, I’m probably still going to go see it, and I will probably really like it, but I won’t be happy about it.