Who You: Charles Campbell 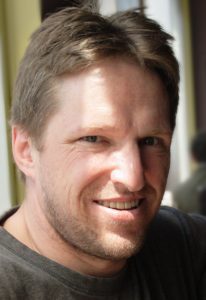 A man of truth

Although Charles Campbell has a storied and influential past in Canadian media, he now finds himself splitting his time between writing and editing, as well as teaching the next generation of journalists and communications professionals at Capilano University. Even though Campbell may not have a degree in communications, his experiences in the industry over the span of his career have left him possibly overqualified to teach journalism and writing classes.

For Campbell, journalism wasn’t always the plan. He can still remember the day when he was walking to a philosophy class at Langara College and a pamphlet caught his eye. “I picked up a pamphlet for the journalism program there and they described the personality traits of a journalist and I thought, ‘Oh! A dilettante, I can do this,” he recalled.

From there, Campbell made his way to UBC for their creative writing program, where one of his professors encouraged him to join the Ubyssey, the school’s student newspaper. “As soon as I walked in there I knew that, these were my… these were my kin.”

Since then the communications professor has worked on staff at the Vancouver Sun on multiple occasions, The Canadian Press, The Georgia Straight, The Tyee and has freelanced for a number of publications and organizations, as well as completing personal projects.

Campbell also has a history of post-secondary instruction, having taught at both SFU and UVic. However, there’s a reason he has been found in the classrooms of CapU and not atop Burnaby Mountain or on Vancouver Island for the past five years. “I like the culture of Capilano,” he explained. “I think once you get over about 30 students, you can’t relate to students individually in a way that I think is essential to being a helpful instructor.”

And in Campbell’s eyes, there’s maybe never been a more important time to take one of the classes he teaches. CMNS 235: Understanding News, for example, emphasizes a skill Campbell believes many of today’s students are lacking and need more than ever before. “I think that there’s not enough education in media literacy,” he said, “There are a lot of journalism schools training people for jobs that no longer exist, but there’s not a lot of education for people who are users of media that help them better understand what it is that the media does and on what terms, and when they should be suspicious, when are you being lied to.”

Writing is another emphasis of Campbell’s classes. “Clear writing is married to clear thinking,” he said. Campbell judges his success as a professor by the improvement he sees in his students. He believes that improving as a writer transcends one’s ability to get good marks on essays, and leads to a stronger mental analysis of one’s thought process and therefore values and beliefs.

Whether as a writer or an instructor, it’s clear that there’s one thing Campbell values above all else – the truth. “I just want people to engage with the world and understand that decisions are being made on their behalf all the time, and if they don’t put their hand up in a way that connects them to the broader publication, they won’t have the opportunity to be a part of those decisions.”