Over the past two years, no advocacy group has drawn more ire from the Canadian mainstream than Black Lives Matter (BLM).

The Toronto and Vancouver branches of the worldwide movement have been chastised for shutting down Pride parades and organizing “sit-ins” the media feel are unjustified. Media critics shield themselves from accusations of racism by insisting they’re entitled to their perspective and opposition, which is true.

However, at the core of this scorn and repudiation of BLM is not a difference of opinion, or unwillingness to discuss racial issues. It’s a moot belief that Canada is not a racist country and that Black Canadians do not face the same social barriers or strained relations with police that African-Americans do.

Growing up in Greater Vancouver, I’ve always been told by people who rarely or never face racism that anti-Black sentiment doesn’t exist here, and I am not entitled to discuss it. The argument, they say, is that Canada is not as “racist” as the US, or European nations grappling with integration.

Not only is Canada a country that is afraid to discuss racism, we are a people who refuse to acknowledge its existence amongst us. When we do expose racism in Canada, it is often in politicized contexts, typically involving Conservative politicians or activists who, in the words of Justin Trudeau’s Liberals, “just don’t get it.”

Other instances in which Canada acknowledges its own racism is when Islamophobia or issues of Reconciliation with Indigenous Peoples are concerned and the victims of discrimination are well defined. Outside of these contexts, mainstream Canada still refuses to accept racism as a belief system that continues to influence the conditions of life for its people of colour.

For Black Canadians, institutional racism transcends much of our lived experience, from housing security to educational outcomes, to workforce discrimination and relations with law enforcement.

Since January 2017, reports of excessive use of force against Black Canadians by police have made headlines, from Surrey, BC to Montreal, QC. No case was more publicized than the shooting death of Pierre Coriolan at the hands of Montreal Police on June 27. Coriolan was a solitary 58-year- old man with mental health challenges. Struck by many bullets, he later died in hospital. How a distraught senior wielding a screwdriver threatened the lives of cops in bulletproof vests is concerning. Even more disheartening is going to bed at night pondering if Coriolan was any other race, would he have bore the same fate?

In each of those recent cases, the answers (or lack thereof) from each involved police force was identical. That none of those incidents were racially motivated, or “proof” of institutional racism and prejudice in Canadian policing. Proof that is extremely elusive to come by since police forces west of Ontario, as well the RCMP, refuse to collect race-based data on stops and interactions – claiming it could intensify already strained relations with different communities. Police forces that have allowed researchers to collect such data, against their own interests, including Ottawa,

Police forces that have allowed researchers to collect such data, against their own interests, including Ottawa, Hamilton and Toronto, have found that Black residents are stopped in much higher numbers than their share of the populace, confirming so-called “myths” of racial profiling in ever-tolerant Canada.

As someone who was raised in Vancouver, but has had the privilege of visiting Calgary, Ottawa, Hamilton, Montreal and now lives in Toronto, it’s rather interesting how these cities have more similarities than they do differences with the community I grew up in.

State of the Diaspora was chosen as the name of this column for this very reason. As “Black Canadians”, I’ve realized that there are patterns in our lived experiences, from BC to the Maritimes. I also believe that the term “Black” and its use ancillary use as a Census classification fails to promote understanding of the diverse backgrounds we represent and only exacerbates the discrimination we face.

In this column, I hope to touch on issues facing our communities in Canada, as well as individuals who have or continue to inspire me and hopefully, all Canadians regardless of race. I’d also like to acknowledge that Canadian prisons continue to reinforce the residential school system by jailing Canada’s Indigenous Peoples at rates disproportionately higher than their population. Lastly, I’d like to end all speculation concerning the existence of anti-Black sentiment in Canada. It’s taking lives. 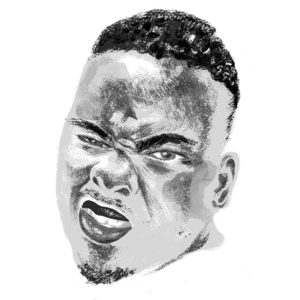 A self-described legend in the School of Communication, recent Capilano University grad Kevin Kapenda is back on our columnist roster with a powerful series on Black Canadians. Ever politically-savvy, Kevin is looking to share his acumen and thoughts on social issues. Stay woke.