On opposite ends of the political spectrum are two factions who clearly have forgotten the most fundamental lesson taught in elementary school: you don’t hit people just because you disagree with them. The Far Right has demonstrated throughout history just how much they’ve struggled with this basic concept and recently, the Far Left have formed their own violent coalition aimed at shutting down anyone who disagrees with them.

‘Antifa’, short for anti-fascists, is a group that recently has been trying its damnedest to take the spotlight away from the white supremacists and Nazis who align themselves with the alt-right. Videos of Antifa, adorned in all black garb, toting the hammer and sickle, have begun their circulation around Twitter, where they’re seen attacking anyone who gets in their path. Their relationship with violence has led to them being publicly denounced by many Liberals as disgusting and against their values.

The recent incarnation of Antifa is divorced from the original anti-fascists, a militant leftist organization that fought against Hitler in Europe during the Second World War. This modern incarnation has a simple motto: to hell with anyone who disagrees with them. Their goal is to stand up to fascists by any means necessary. One infamous example of their ideals in practice was when white supremacist, Richard Spencer, was punched in the face during an interview.

No matter how much satisfaction we may get from seeing an avowed racist like Spencer getting hit in the face, it still sets a bad precedent. It leads to other examples that are less amusing to watch a 20-hour remix of, like when Antifa shut down the 82nd Avenue of Roses Parade in Oregon simply because the Republican Party was going to march in it.

It’s easy to understand why they wanted to stop the parade: Republicans would be in it. Donald Trump is a Republican. Trump is leading a racist and fascist government. Republicans voted for Trump. Therefore, this would be a racist, Fascist parade and it must be stopped by any means necessary. Whether Trump is a racist or Fascist isn’t the point. What matters is that no group should feel as if they have the right to prevent their opposition from being seen or heard.

None of this is to discourage a strong and relentless resentment towards white supremacists. A lot of people were proud of Boston when counter-protesters shut down a free speech rally. That was nothing to celebrate. Using your numbers to shut down a rally isn’t exercising your right to free speech, it’s suppressing the views of the minority with the power of majority – precisely what other left organizations are trying to prevent with their anti-racism and equal rights rallies.

Antifa has shown that they’re willing to label anyone who isn’t a far left progressive as a racist member of the Alt-Right. In February 2016, conservative journalist Ben Shapiro had to be privately escorted by police to his speech at Berkley University due to Antifa protests outside the auditorium. Anyone who bought a ticket for the event had to be snuck in the backdoor by police. When they finally got everyone in safely, the fire alarm was pulled. This should be alarming to anyone who values debate and an open forum. Shapiro is a not a racist or a fascist. He is merely a conservative.

Hitting people won’t make them less racist. Neither will suppressing their rights. Especially when the people you’re attacking aren’t racist. Instead it’ll alienate your movement and drive people to the other side. Both the Alt-Right and Antifa are driving members into the hands of the other. What people need is an open debate, not a punch in the face. 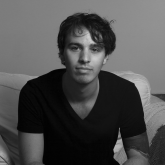