Disney studios throwing it back with the old favourite classics

What’s up with Disney’s remakes? In the past few years cinemas across the world have been showcasing live-action versions of some of our favourites from Disney – The Jungle Book, Alice in Wonderland, Cinderella and Beauty and the Beast, just to name a few. At the end of 2018, Disney Studios announced the upcoming remake movies for this year, The Lion King and Aladdin – two very unique films that were released in the early 90s, and that surely melted the hearts of every viewer, especially for those of us who were born in that era. We all remember crying our eyes out during The Lion King when Mufasa dies, and you’re lying if you say you don’t still cry now. Disney is giving us the ultimate nostalgic throwback by showcasing their classics with newer, better technology, while pulling at our heart strings and our wallets.

Still, it’s surprising that with so much creativity within this world, old stories continue to be remade, instead of working on new stories that could turn into classics for future generations. It seems that once The Lion King and Aladdin release their new versions that the old ones risk being forgotten, because, sadly, that’s what usually happens with former blockbusters. All of the new and future generations will know the “classics” by the newer versions, not the original ones.

There has also been a lot of controversy surrounding these remakes, particularly the new Aladdin trailer. Will Smith’s blue image as the iconic genie immediately had a reaction amongst fans around the globe. People were not impressed, and generally disconcerted. One Twitter user, @JennyENicholson commented, “Will Smith genie is what appears in my room when I have sleep paralysis”, and another, @_SamanthasLife, wrote, “Just saw the #Aladdin preview. Totally sold up until I saw the genie.” 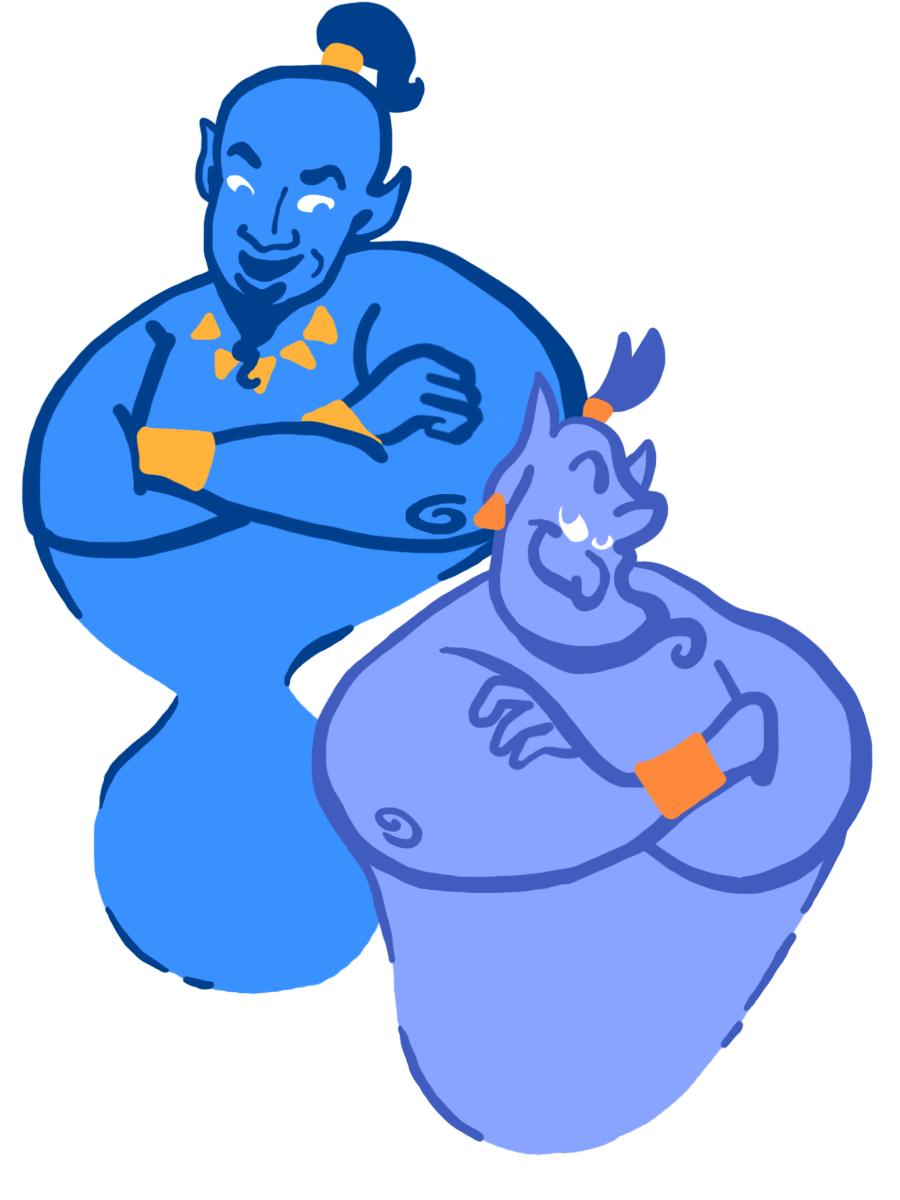 Yes, Will Smith doesn’t really suit the real life genie look, but who does? This isn’t really a matter of Will Smith suiting the blue, it’s a matter of bittersweet nostalgia. When the first Aladdin was released in 1992, the genie was voiced by the late Robin Williams: the incredible actor who starred in many of the classic family movies we watched as kids. Don’t take it wrong Will, you are great too. But let’s admit it, the blue genie in Aladdin is iconic, unique and extremely difficult to re-create as a person.

On the other hand, Disney movie fans have been showing a lot of enthusiasm for the new version of The Lion King. Who doesn’t get a shiver down their spine when the majestic “Circle of Life” begins to play at the end of the new trailer? It takes you right back to that moment when you watched it for the first time. What a song! It brings so much nostalgia. Also, characters in The Lion King won’t be distorted and manipulated as they won’t be humanized. It seems to be a digitalized animation, so we will be looking at Simba, just in a bit higher definition. If you are excited about watching this one, get prepared to walk into the cinema with three boxes of Kleenex, because it looks like it will be a trip down memory lane, which Disney is becoming best at.