“Stories” celebrates the University by telling its tales

Like anyone celebrating a birthday, Capilano University wants to keep the celebration going. 2018 marked the University’s 50th anniversary, and with it came a series of events that have left a lingering sense of community on campus. CapFest, which was held on Sept. 22, 2018, drew in thousands of spectators and included food, drink, exhibits and musical performances from Hey Ocean and Five Alarm Funk.

To keep with the momentum, CapU’s Communications and Marketing Department released a new advertising campaign titled “Stories” on Jan. 14. The campaign is meant to celebrate “50 years of creativity, growth, discovery, success, pride and cheer at the University” and will run until the end of February. 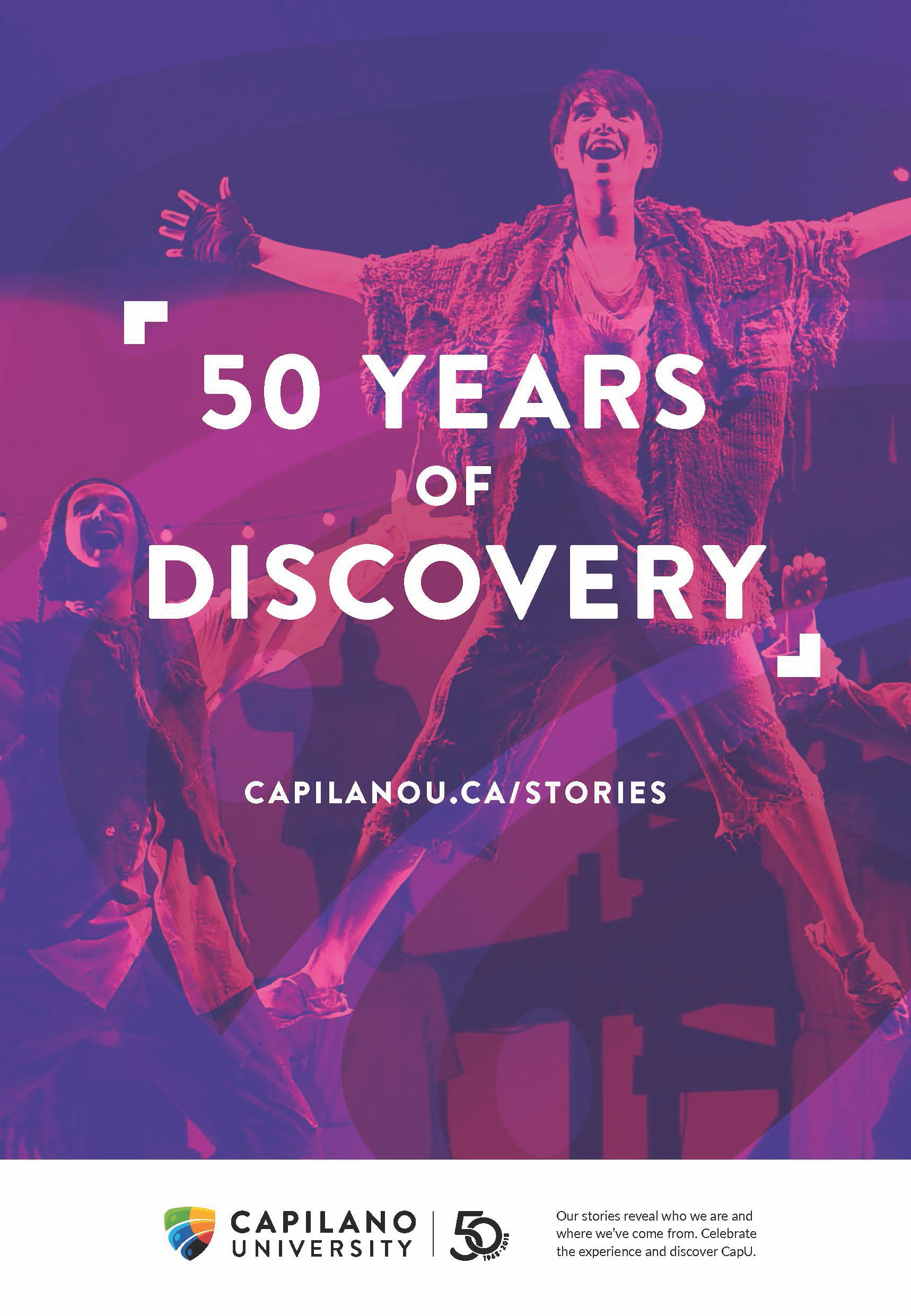 In a creative and narrative way, the campaign explores highlights from CapU’s past and present, and looks into its future by featuring a variety of stories centered around the CapU community. Director of Communications and Marketing, Victoria Miles, explained that the University has been working hard at collecting stories since celebrations kicked off last year.

“Stories are immensely important because they indicate who we are and where we come from,” she said. “There are so many exciting and surprising stories about the progress of the Capilano University community, and I think it’s very important to share it outside the University with our website.”

Working with Vancouver-based Ion Brand Design, the creators of the campaign intend to celebrate the diversity of the campus through creative and colourful advertising. “At the beginning I was very close to the idea, but we had a whole creative and innovative team working on [the campaign],” explained Miles. “It ended up being a dual collaboration between in-house talent and Ion Brand Design.”

The visual campaign, Miles said, is inspired by the history and people of CapU. “Capilano University opened its doors originally in 1968 as a college, but there is a lot in the story of the process of getting there. Stories go all the way back to 1964,” she said. 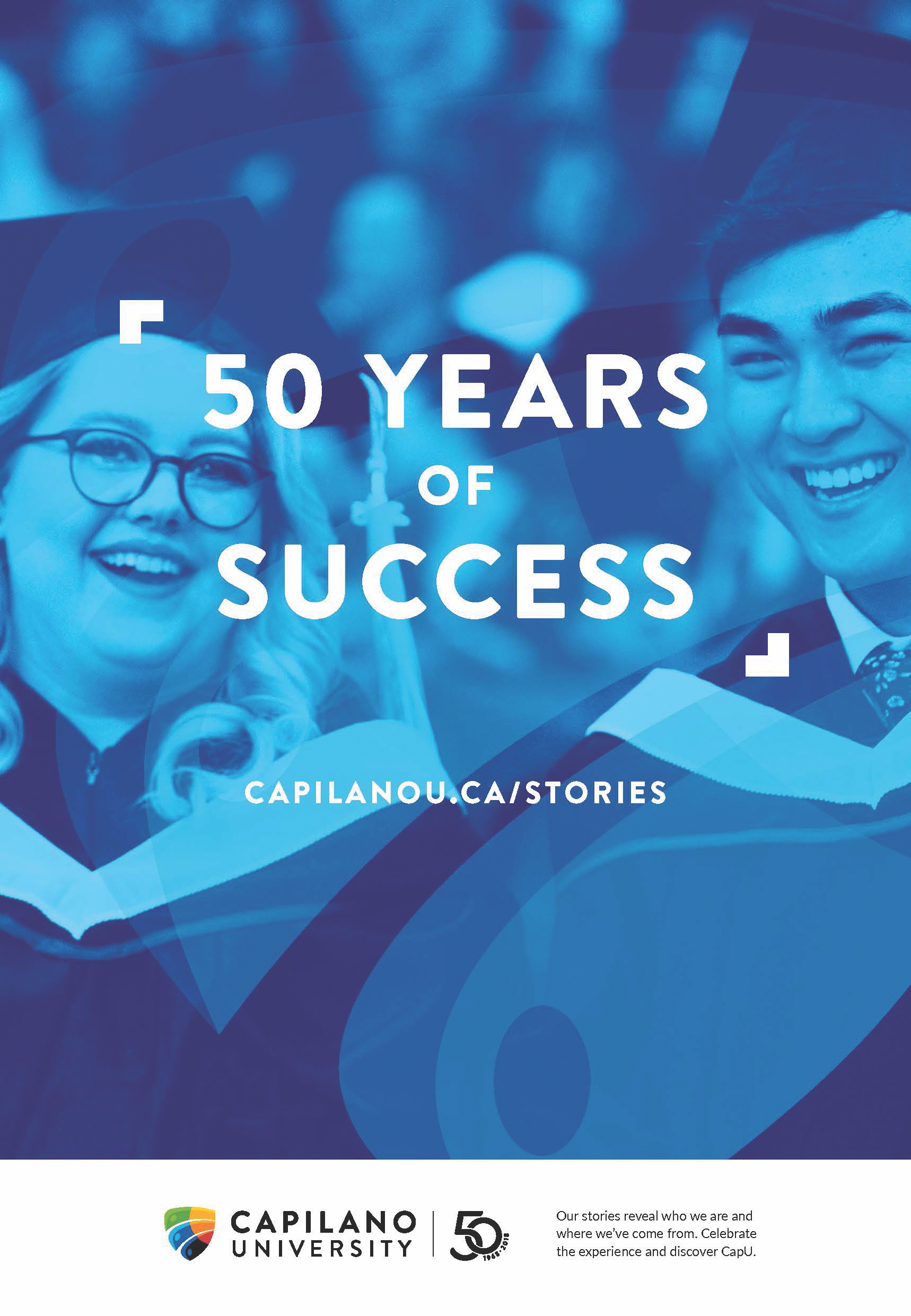 Miles believes that the “Stories” campaign will lead to more design work in the future. For now, the creative team behind the advertisements are working towards creating a more visible social media presence. “The online campaign is really important,” said Miles, “it can be shared everywhere and could give interest for students around the world to come and join the University.”

Advertisements for the campaign appear around campus but can also be seen outside of the University’s grounds on transit, and also digitally and in print.

“Our stories reveal who we are and where we’ve come from,” reads the campaign’s webpage, “… Our campuses are inspired, collaborative and experiential places to learn.”

Topics covered in the “Stories” campaign include the CapU Murals Project, highlights from CapFest and a video gallery that showcases recipients of the Alumni Awards of Excellence and Justin Trudeau’s birthday message to the University.

For more information on CapU’s “Stories” campaign, please visit their website at www.capilanou.ca/about-capu/get-to-know-us/50-years-of-stories/