Finding meaning in numbers, and looking beyond the consumerist wellness culture of fitness trackers

On Jan. 5, 2018, I went to Staples. I bought sharpies and a lime green poster board. Across the poster I wrote “MARATHON TRAINING PLAN 2018” in capital letters. I underlined it twice, and secured it in the dark alcove in my kitchen where I keep my seldom-used appliances, and garbage can. I had every intention of filling it out more later, but instead it just hung there in the dark, straining against the overburdened scotch tape, and serving as a reminder of what I could be doing, but wasn’t.

This wasn’t my first marathon – it was my third. I grew up ski racing and rowing competitively. I had years of regimented training and coaching and advice, and knew for the most part what I should and shouldn’t be doing. And yet, as I mingled with a crowd of die-hard runners at the starting-line and listened to them list their hourly bodily functions and pace charts, I looked back on several of the laziest (and unhappiest) months I’ve had in years. In a last-ditch effort to save myself from myself, I had bought a Garmin Vivoactive 4 to monitor pace and heart rate during the race – stats I promptly chose to ignore after it told me to slow down in the first kilometer. I went on to run the marathon a full 30 minutes slower than previous ones, and finished with shin splints as a reminder of my folly. 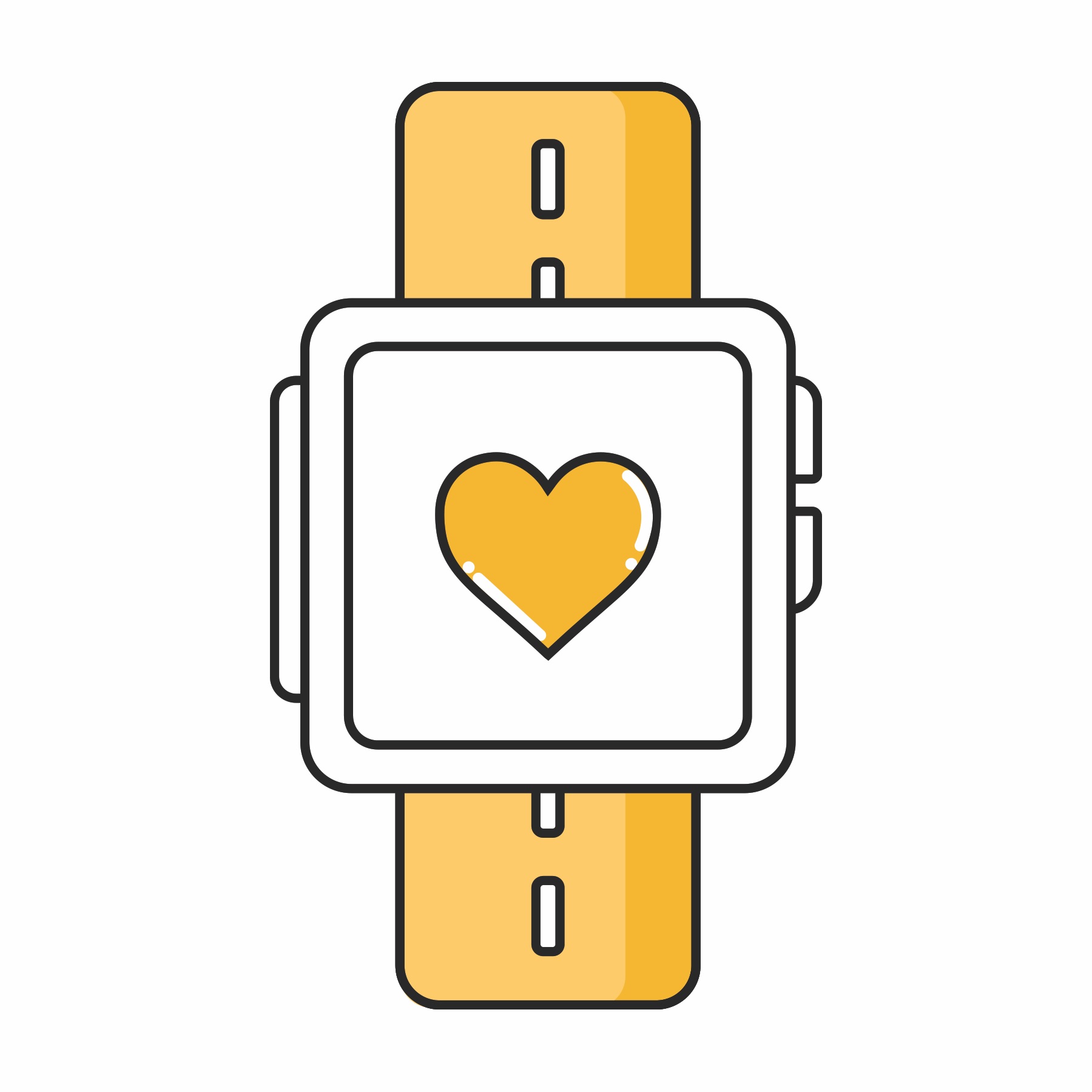 What I came to realize from this little situation is that, for me, physical activity can’t be framed as a meaningless chore. From the moment I hung my overly-optimistic poster board beside the broom and the garbage can, training just became another “should” on my busy working student to-do list. I set myself up to fail simply by neglecting to set an intention or provide myself with any sort of structure. But while I firmly place this New Year’s Resolution in the #lol #fail category, a few positive relics came from the depths of my broken pride: knowledge, self-reflection and a smartwatch.

Up until last May when I purchased my first smartwatch, I had been highly skeptical and resistant to the idea of “tracking” through apps and devices. It seemed like an obsessive, type-A practice that relied too much on technology and external motivation. In my mind, it was just another high-tech gadget for our overly-consumerist society to rely on.

The effectiveness of smartwatches is often debated. Results published in 2016 in the Journal of the American Medical Association revealed that test subjects with fitness trackers were no more active than those without, and they tended to actually lose less weight. Another study showed that social networks like Strava were more successful in motivating individuals to increase their activity, but this result was found to be limited to those who were already at the top of the leaderboards, and could also lead to overtraining. A recent article in the Globe and Mail similarly warns against falling prey to the cult of wellness, and questions what happened to good old exercising simply because we enjoy it. All these are excellent points, and yet it should be acknowledged that while such devices are not going to work for everyone, or create motivation where there is none, evidence suggests there is no overarching right or wrong way to be active. Sometimes it takes a little trial and error. After noticing my lack of consistency I recognized that something needed to change, and looking externally seemed to be the easiest solution at the time. I needed feedback, but didn’t want to commit to a coach and wanted to do it on my own terms.

My smartwatch did not provide a quick-fix solution, but it did provide me with a bit of feedback and awareness of what I was doing. I began to see the value of such devices if used discerningly. As spring turned to summer, I found myself motivated once more to get out and take advantage of the trails. I didn’t follow a strict training plan, but I remembered what it felt like to feel energized and stoked on physical activity. I found buddies to get outside with, and found my rhythm. I didn’t pay too much attention to my watch on a daily basis, but I began to accumulate data, and knowledge about myself.

“I think for anything that requires any sort of motor development we typically do need some sort of feedback, or quantitative data in order to compare our own personal results,” said Donna Perry, sports psychologist and instructor in the Human Kinetics department at CapU. In her course, Active Health, Perry has students track and log their activity over the course of a term leading up to running a 10 kilometre race. “It’s interesting because there’s a huge range. We have everything from students who have never run, to students who can run a 10k in 27 minutes. We have so many different levels – not just of fitness, but in terms of an understanding of fitness,” she said. “They all have their own objectives, so how they go about achieving their goal looks different every time.”

What it comes down to is the principle of individuality. “Every person has a different thing that motivates them, and a different training regimen that’s going to help them,” said Perry. “For one person it may be awesome to follow that program for a certain length of time, and for others it might not be effective at all. And for some people that can be a mental thing, or even part of their social experience.”

Like many of those drawn to the Human Kinetics Faculty, Perry comes from an athletic background. She plays soccer and races triathlons, but doesn’t necessarily consider herself an athlete. “Even though I work with competitive athletes, I think my biggest inspiration is just keeping up with my young son,” she said with a laugh. A rambunctious eleven-year-old smiles back at me from a framed photograph on the wall. “I like to move because it makes me feel better,” added Perry. “There’s a big mental component. If I don’t feel right, I know it’s usually because I haven’t been moving enough.” 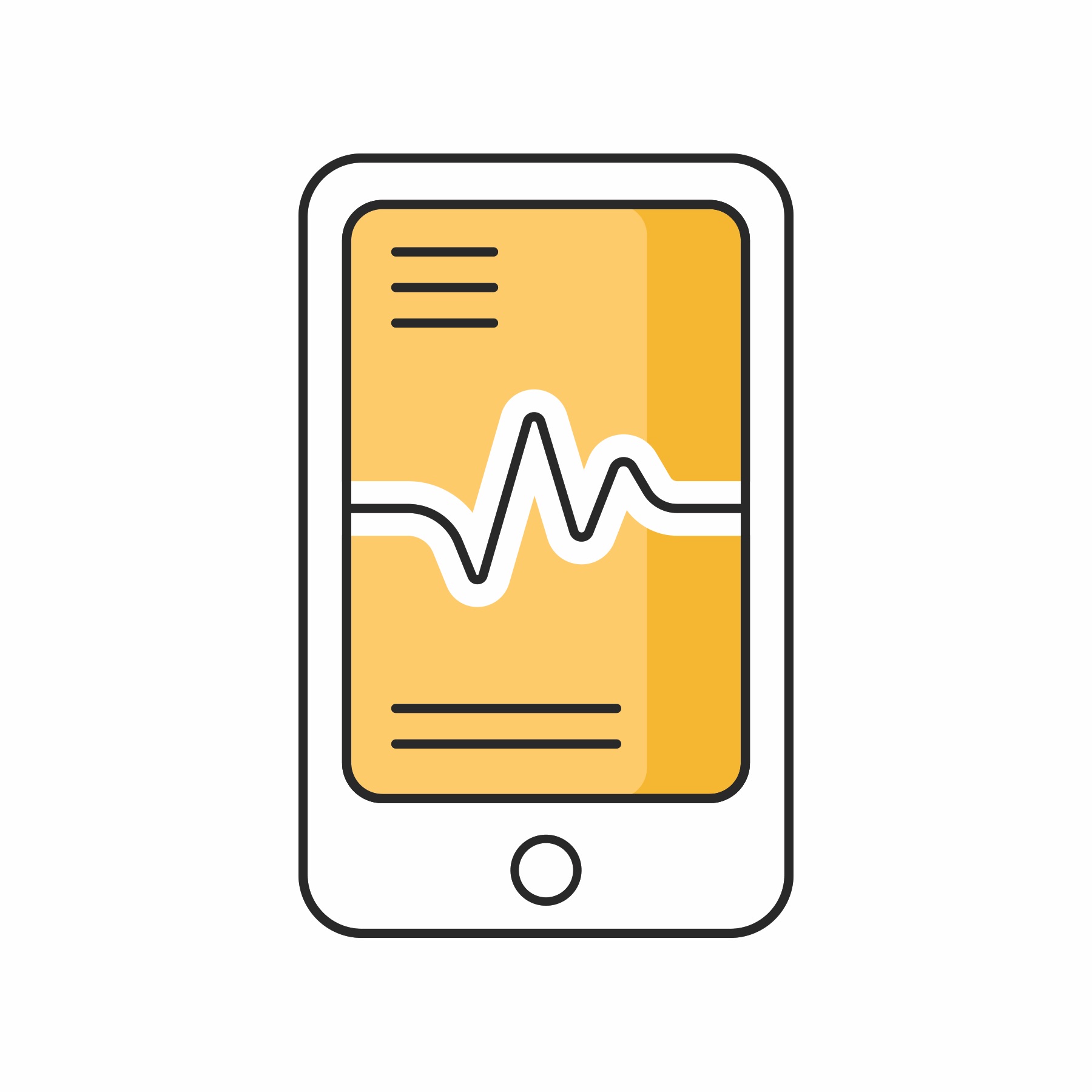 Finding that purpose and making our physical activity meaningful is often a part of the process that is overlooked by fitness tracking apps, watches and programs, and one of the many reasons they tend to be criticized. Because weight loss and split times show quantifiable change, we tend to look at these numbers to determine whether or not we have been successful. This may work for some, but it never shows the full picture. “There’s a well-permeated thought in our society that if you’re not a certain weight, you’re not fit, and that’s not true. As we gain muscle we also get heavier, it’s just physiology,” said Carey Simpson, another instructor from the CapU Human Kinetics faculty. “Unfortunately that’s what many of these fitness apps and watches are promoting because that’s what people buy into. They’re shoving it down people’s throats as if that’s the only thing of value. But really the positive effects of fitness that we should look for are strength, endurance, whether we sleep better, mental health, emotional health… but those aren’t always as targetable by fitness trackers.”

Simpson has built her identity around being fit and healthy. In her classroom, she exudes a contagious sense of vitality and enthusiasm with sharp wit and the odd joke about her love of gummy bears. As a former member of the national volleyball team, she knows what it’s like to be at the peak of physical fitness. And, like many former athletes, she has struggled too. Once she left the highly-structured conditioning and nutrition programs provided for high level athletes, she admits she had little idea of how to maintain her health. After gaining 70 lbs while working on a cruise ship (ironically working as a personal trainer), she knew she needed to make a change in her lifestyle and spent three years getting back to her former fitness.

“It wasn’t so much the athletic experience that helped me, so much as it was the mentality, the psychology and my schooling” said Simpson. “For me it’s always been health related. Of course, I appreciate a strong body, but I don’t want to live the last years of my life in illness, and for me the motivation is to be as healthy and strong as I can for as long as I can.”

The initial process was challenging, but she noted that every day was a matter of slowly, incrementally gaining momentum until, once again, it became part of her identity. “I hated it,” she said. “But it becomes a little easier every day, and then it becomes part of you.”

Simpson has used fitness trackers on and off, and said she sees the value for habit-setting, and for people without previous knowledge. “These tracking apps and watches can be great for providing that baseline knowledge” she said. “But it’s always completely personalized. Some people are going to love technology, and some will hate it. You just have to be self-reflective enough to notice whether or not it’s working for you.”

Learning to listen to our bodies isn’t always as simple as we might hope, since there are many factors that influence how we feel including sleep, diet and stress. It’s not as simple as buying a watch, but for some it can help identify negative cycles and allow us to make positive changes. It’s not about whether this technology is good or bad, but rather how we utilize it. In the end it comes down to finding out what motivates us, the way we frame physical activity, and the habits we set.

In Perry’s Active Health class, she facilitates an activity where students set realistic short-term goals with a broader long-term goal in mind. Trackers are part of it, but not all of it. “Throughout the term we learn about strategies, and the focus is on the behaviour change model,” she said. “There’s no canned formula, and the process is very tailored to each individual and learned on a lecture-by-lecture basis.”

In a sense, I have unofficially been playing with this model for the past year. After caving to tracking, I have come to see a direct correlation between how active I am, and how happy I am, and have set goals based on my own needs. I have realized that my own motivation is pretty simple – I love being outside, the endorphins, and the connections with people on trails. Getting out for even just 20 minutes will put me in a better mood, and will usually turn into something longer. Recognizing this, I have learned to give myself permission to prioritize physical activity because it’s a part of a bigger whole. Sometimes my smartwatch will remind me with a quick buzz – which perhaps at one time may have caused me anxiety, but now simply acts as a friendly invitation. When I’m looking after myself, I sleep better, I’m more efficient and I’m generally more pleasant to be around. It’s a simple formula, but ironically getting there is anything but that. “You have to remind yourself why you’re doing it. There needs to be a purpose to our activity and our movement, and why we choose to get out,” said Perry. “It’s very individualized, and there’s no canned formula.” Perhaps that’s good news for those of us who just keep trying to do it right, and keep falling into the same negative patterns.

This year, I didn’t set a New Year’s Resolution. It feels grand.