And why it should be more popular

“Any time you’re listening to ‘classical music’, what you’re listening to is mostly a historical oral document of that time and place,” said Dr. Wendy Grant, the coordinator of the Music Diploma program at Capilano University. “One of the really cool things about seeing the development of western music through that lens, is that you see the way that music reflected the culture for which it was written.”

Classical composers like Tchaikovsky and Stravinsky are well known, but people are often unfamiliar with how omnipresent their influences are in today’s music. In Star Wars, parts of Han Solo and Princess Leia’s theme resemble Tchaikovsky’s “Violin Concerto in D”. Stravinsky’s “The Rite of Spring” influenced the music that plays when droids C-3PO and R2-D2 are stranded on Tatooine. Classical music influences also appear in music scores for The Avengers, Armageddon, Star Trek, X-Men 2, The King’s Speech and numerous other modern movies.

Other than enjoyment, listening to classical music has a number of health-related benefits. Classical music has been proven to lower blood pressure, heart rate, cortisol levels, muscle tension and positively affect insomnia as well. The frequency of the music can aid concentration and retention, since inner ear tension is lowered. Unfortunately for all of us, research is inconclusive regarding the “Mozart effect”, which ventures that classical music raises IQ.

“They say they don’t understand it,” said Grant. “A lot of music in the 20th century is very challenging for the listener and it has to be listened to on it’s own terms. They don’t even need to figure out what it means, they should just listen to it and they should listen to it actively.” 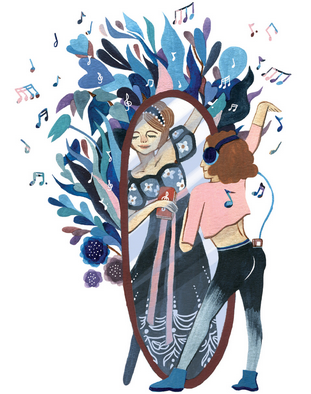 Cap Classics is a great place to start listening to classical music. It’s a series of free lunchtime classical music concerts featuring talented Capilano University instructors, students and alumni. Grant has been working to organize another year of concerts, the next being violinist Nancy DiNovo and Vancouver Symphony Orchestra (VSO) pianist Monica Pfau. It will be held on Oct. 26 in the BlueShore Financial Centre for the Performing Arts.

The VSO has also hit their 100th season milestone. Their concerts are held in the awe-inspiring Orpheum, Queen Elizabeth Theatre and Chan Centre at UBC. Students and teachers are eligible for a free membership called the “TD All-Access Pass”, which allows them to buy affordable tickets. There are concerts for all tastes, from classical performances of Beethoven’s Ninth and jazz-influenced pieces like the “Naughty Limericks”, to concerts dedicated to music from movies such as James Bond, Harry Potter or La La Land.

Considering the variety of classical music styles and influences, it’s possible to take interests, such as Star Wars, and turn them into a love for classical music. “The interesting thing about it is that it doesn’t really seem to matter when it’s written, it’s so completely relevant and so powerful and so moving. It’s music that is not only beautifully crafted, but sort of emotionally … it has the ability to touch the soul of the listener,” said Grant.