Erez Barzilay and Michael Willcock, both running in the municipal race, expressed their displeasure at not being invited to debate the election issues at CapU

With the municipal elections approaching candidates have been getting out in the community to promote themselves and announce their stances on important local political issues. To help with getting these messages out the Capilano Students’ Union (CSU) facilitated a mayoral debate with some of the candidates for North Vancouver City and District. The event, held on Sept. 9, was moderated by CSU Vice President Academic Joshua Millard and Political Science professor Conrad King. The event drew a small crowd of North Vancouver residents, candidates and very few students – a fact that candidates did not hesitate to comment on as a reflection of the issues in local politics.

According to CSU Vice President External, Noah Berson, it was not possible to include all candidates in the debate,

due to the fact that a forum with so many candidates would only allow each person present to answer two questions and would not be beneficial for attending students. “We also looked to who was likely to actually become the mayor of either the city or the district…” Berson said, and took that into account when they invited candidates.

Two candidates who were not invited to sit on the stage, Erez Barzilay and Michael Willcock, were offered 60 seconds at the beginning and end of the debate to speak. Both candidates expressed offense at not being invited to the forum. Barzilay left shortly after his initial opportunity to speak passed, while Willcock utilized both chances to speak despite the situation. 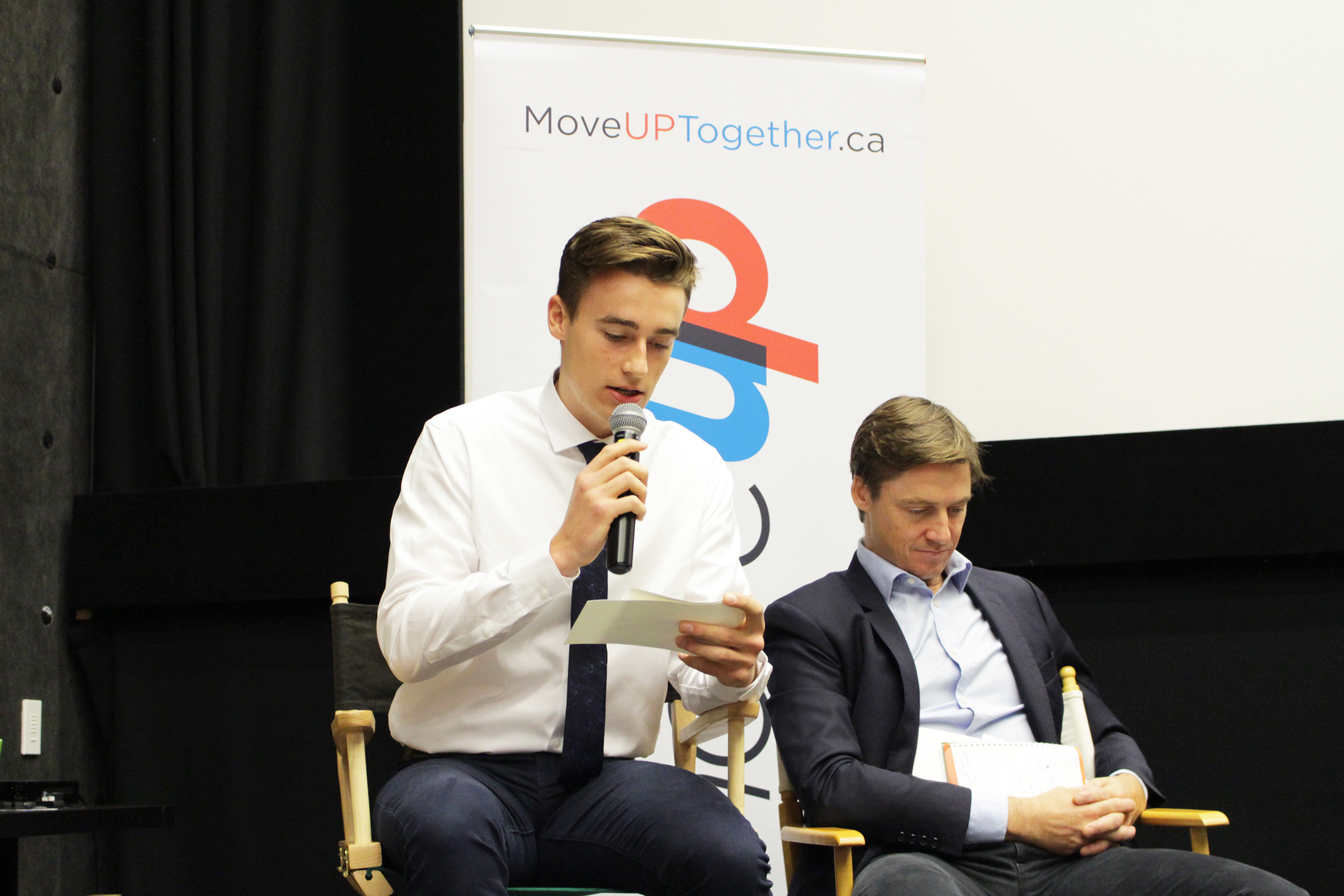 When asked about how they would ensure success of TransLink’s proposed B-Line for 2019 and handle the inevitable infrastructure changes, all candidates emphasised their support for added transportation and the need for collaborative efforts in dealing with it.

“Transit is not just a puzzle where you have to have all the pieces,” Mike Little, a previous three-term councillor and CapU alumnus, said. “You have to have all the pieces in the correct order and the problem with the B-Line coming in advance of express buses to and from the North Shore and directly into the skytrain system, is that it won’t have the ridership that TransLink is going to see for it.” On the issue, Rod Clark had already stated his belief that a depot in North Vancouver was an important step.

Candidates also agreed on affordable housing as integral to the success of North Vancouver. With 21 years of experience on council, Clark emphasised that this is not a new issue for him. “I’m on record as having supported affordable rental housing and I would continue to do that,” he said.

On the same topic, Ash Amlani honed in on inclusivity. “The key is to have diversity in housing options so that people of all ages and incomes can afford to live in our community,” she added.

Others raised issue with the current approach to zoning and accepting new development in North Vancouver. “What we’ve been doing as a community is saying ‘yes’ to structures that are well above zoning that the community approved,” said Kelly Morris, who is concerned about spot zoning.

On the topic of leadership within a group of people who maintain a diverse set of opinions, the candidates spoke most of the need to work collaboratively with their colleagues and find ways to ensure all voices are heard. Guy Heywood offered his solution quite specifically when he said, “As Mayor I would make sure … that I offered the opportunity to everyone for a one-on-one meeting to talk about how they thought the council process was going [and] whether they thought their issues were being represented…” Others also spoke about the healthy nature of having a council that does not always represent a consensus on topics, given that the voices of the whole community should be represented.

While many of the candidates touched on youth as integral to success in local politics, particularly in engagement, Linda Buchanan, a public health nurse with 10 years of experience in public services, focused on youth to a larger extent. “Youth are our most untapped resource in the challenges that our cities face,” she stated in her opening remark, and continued to say that, if elected mayor, she would ensure a youth mayor’s council and bring youth into the mayor’s office.

In an interview following the debate, Willcock talked about his career as an environmental scientist and how the younger generation needs to be represented in local politics. He also talked about how he wants to tackle the environmental issues that we are witnessing globally and which he said the city is “greenwashing”. “…we are losing the things that define us as a community. So protecting the environment adds to the community in a bunch of different ways, it’s the social, economic and environmental sustainability process that I’m pushing,” said Willcock.

Though the candidates supported many of the same issues, they differed in their desired approach were they to be elected. The pervading themes of youth engagement, transportation and housing, are all issues that impact CapU students and the North Vancouver community at large. Come Oct. 20th, the day of voting, the decision made will have an impact on students whether they are engaged in the politics or not.