A 30-day vegan challenge was put to Capilano University students and faculty at the start of 2018. English for Academic Purposes (EAP) instructor Nicholas Jennings, founder and chair of the Wellness Committee Louise Allison and Human Resources Advisor Divina Rattan posed “Veganuary”, encouraging members of the campus community to challenge themselves to go vegan for a limited amount of time. The challenge has started to show on social media and 75 students and faculty members have signed up. All of the organizers are passionate about the challenge eventually becoming ingrained in campus life.

Veganuary started earlier in the semester with a launch event attended by Vancouver-based vegan cheese company, Daiya Foods, which makes its cheese-like products using cassava and arrowroot. While Daiya Foods was on campus, Jennings made sure to introduce their representatives to CapU’s food services provider with samples of vegan food options brought in by the company. This, he feels, was well received by the staff and could help encourage food services providers to include more vegan options in the cafeteria for participating students.

UBC’s cafeteria already boasts a plant-based company, something that Jennings thinks is important for providing the option of vegan alternatives to post-secondary students. There will also be another event later in the semester. For this, Jennings hopes to have more businesses that make vegan products bring their produce to show interested students and faculty.

An email has also been sent out to everybody on campus outlining the challenge, which includes more information about veganism and reasons for going vegan. This includes a link to a Pinterest page with hundreds of recipes so that those who struggle to come up with vegan recipes will feel more encouraged to try them out. The page is something that Jennings is particularly excited to see – he has already had students tell him they gave up on the challenge due to a lack of recipes. “It’s hard to intuit how you could, if you had a favourite meal which is heavily reliant on animal products and meat, how to replicate that,” he said.

Jennings began investing in the cause and adopted a meatless diet 33 years ago after he saw an Open University documentary on BBC 2. “There was one [documentary] about the meat industry,” he said, “and it just absolutely horrified me to my very bones.” He then took his dedication a step further and has been vegan since 1988. 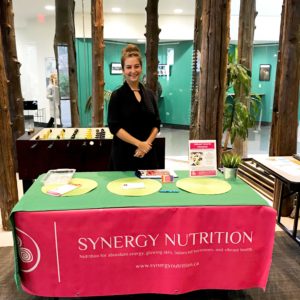 The 1980s, for Jennings, were about the conscious movements of punks and anarchists in the United Kingdom, when the government seemingly held no such values. At this time there were few vegan or vegetarian products available and those that could be found characterize his recollections, to some degree. “A lot of people were into punk, we used to spike our hair up with soap,” he recalled. “We never used hair gel or anything. We used to use vegetable soap that we’d buy from Oxfam, which is a thrift store on the high streets of the UK. That was the only place I think at the time that you could buy vegetable soap.” There has been a visible change since then and what was a fringe set of ideals has become a much more prevalent and popular undertaking.

A huge focus of veganism these days is the abusive and unsustainable practices of the meat industry, but there are also other benefits to going vegan. For Jennings, it is not simply a moral issue. There are also a number of health benefits in abstaining from meat consumption, which include a less likely chance of contracting osteoporosis and diabetes.

Jennings hopes that Veganuary will last longer than just the month of January, however. “The vision that I had of rolling out a 30-day vegan challenge was that it wouldn’t be limited necessarily to one month,” he said. He believes that this is just the start and that, with growing support of the vegan challenge, students and faculty will be encouraged to begin at any time.