Video games as a medium have become more mainstream than Kim and Kanye. The industry now generates more revenue worldwide than both movies and music combined. Obsessing over Pokémon no longer means you’re the weird kid at school. It means you spent too much time last Summer catching ‘Pidgeys’ in a shitty mobile game.

The outdated notion that games are niche is laughable in 2018. There is no subculture here anymore, just culture. Everyone plays video games in some fashion. Whether one spends every evening raiding in Destiny 2 or a few minutes standing in line at the grocery store playing Candy Crush, we cannot discount either experience. The term “gamer” is stifling. We all watch movies and television, but no one goes around calling themselves a “movier.”

We also can’t discredit or devalue the breadth of experiences around games. My friend’s love for Kim Kardashian Hollywood is no less valid or meaningful than my love for The Legend of Zelda. Games are a unique medium that hold untapped potential for telling stories and sharing experiences in ways that we haven’t even imagined. As such, it is vital that we remain critical of the artform, the industry and the communities that surround them.

No growth comes without growing pains, and this industry has been no exception. Monetization and microtransactions have dominated the conversation for the last few months. Publishers and developers are scrambling to ensure that their gaming ecosystems remain profitable as the cost of development continues to skyrocket. As they experiment with models made popular in the mobile space, players have pushed back against practices that border on exploitative. 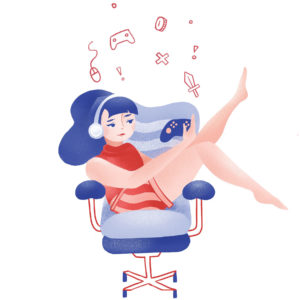 In 2017, the story around blind boxes (aka loot boxes) came to a head with the now disastrous release of Star Wars Battlefront II. The perversion of in-game mechanics with the inclusion of buffs and power ups in real money blind boxes incensed players. The backlash against publisher Electronic Arts (EA) was immediate and vicious leading to the removal of all microtransactions mere hours before the game launched. Not only that, but EA’s response to fan outcry in a Reddit AMA now holds the record for the most down-voted comment in Reddit’s history. It feels as if the industry as a whole is in a panic to figure out what economic models are actually viable moving forward.

Fan outcry points to another common yet troubling pattern within gaming spaces. When passion turns to vitriol it no longer serves the fanbase. Harassment of developers and publishers is often justified as means to “fix” games. We saw it with Battlefront II’s blind boxes and when Microsoft removed digital rights management from the Xbox One prior to launch. Even BioWare capitulated and changed Mass Effect 3 after fans weren’t “satisfied” with the ending to the beloved series.

This however, raises the question over what constitutes genuine consumer concern and the entitlement of the mob. It’s not all fun and blind boxes. Video games seem to garner controversy about as often as Trump tweets. The early 1990s saw attempts at government regulation over violent and sexual content. 2014 spawned the hate mob GamerGate which acted as a template for the so called “alt-right.” The end of 2017 saw the first confirmed death from gamers swatting each other (falsely reporting a violent crime in hopes of attracting an armed police response).

With every scandal, tragedy and controversy comes further discussion about the merits of video games as an artform and their place in society. But that’s the wrong argument. What’s more important is how games derive meaning from, and in turn shape culture. As the industry continues to race down the track that Pong and Spacewar! set decades ago, it becomes tougher to navigate the hurdles that are lying in wait. One thing is certain though: we’ll be running this race for a long time to come.